You are here: Home / Archives for enlightenment 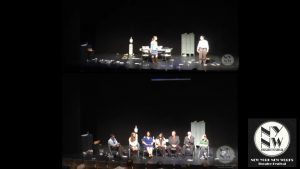 For video, view below: (Play) ﻿ (Interview) For the podcast, listen below: (Play) (Interview) “Blackbird” is a play written in 2005 by Scottish playwright David Harrower. It was inspired in part by the crimes of sex offender Toby Studebaker, an American Marine who made contact with an 11-year-old girl in rural Scotland, took her for three days to Paris, and spent another 2 days in Strasbourg. He was arrested, served 4 years and 11 months in Scotland, was deported to the U.S. where he is serving an additional 11 years and 4 months, and a concurrent 7-year 11-month sentence for possessing child pornography. § 2006 Critics' Awards for Theatre in Scotland for Best New Play § 2007 Laurence Olivier Award for Best New Play § 2016 Tony Award for Best Revival … END_OF_DOCUMENT_TOKEN_TO_BE_REPLACED 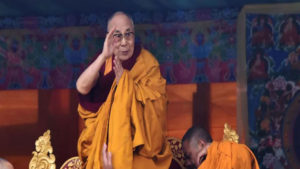 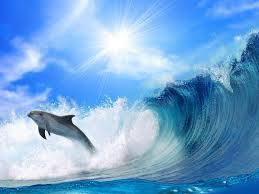 Being aligned with oneself and the Universe can help you understand that there are cycles in life, and they need to be honored. Stop blocking the creation of what you are asking for and instead, be the creator of your own reality. Once you understand that you are one brush of this universal canvas, you can create anything. If you find that you are in the froth of adversity, ride the energy of it instead of fighting it. This can be a powerful time of self-growth. Stay present in all that you are transitioning through. Be cognizant of all that you see and hear, because that massive energy that is constantly being created is what will change your life. ~Lily Sanders For more: www.lilysanders.live … END_OF_DOCUMENT_TOKEN_TO_BE_REPLACED

Thought for the day in celebration of our www.goodnewsplanet.com 18th Anniversary on July 4th. WE share bits of wisdom that have been passed along through posters that are on the walls at Westchester Hebrew High School. As Simon and Garfunkel stated there is wisdom on the Subway WallsJ … END_OF_DOCUMENT_TOKEN_TO_BE_REPLACED 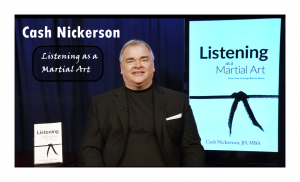 NEW BOOK EXAMINES WHETHER ‘LISTENING’ IS A LOST SKILL IN THE AGE OF SOCIAL MEDIA DISCOVER WHY ‘LISTENING” IS THE MOST OVERLOOKED KEY TO SUCCESS Talk to Cash Nickerson, one of the Unique CFOs You’ll Ever Meet, about his Newest Book: LISTENING AS A MARTIAL ART Simple listening is a skill that may be lost in the age of social media.  But whether you’re looking to solve specific communication problems at work or at home, or you want to make all-around improvements in your communication style, Listening as a Martial Art is an essential read.   Practice every day and you’ll be a black belt listener before you know it! The most admired people in business, academic, political, and social settings all have one thing in common: they're great listeners. Through conversational essays … END_OF_DOCUMENT_TOKEN_TO_BE_REPLACED

In 2020 we will take our event to 193 countries and other locations to create the largest world gathering & broadcast to share Peace, … END_OF_DOCUMENT_TOKEN_TO_BE_REPLACED