You are here: Home / Archives for exhibition 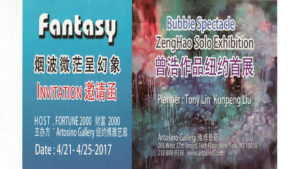 for Chinese, go to www.GoodNewsPlanet.com/fantasy-bubble-spectacle-zenghao-solo-exhibition/ Chinese contemporary artist Zeng Hao’s art has been following Postmodernism’s practice: appropriation, transposition, transformation. Like what is shown from his Door God series to Bubbles series, all his works have the characteristics of metaphors and symbolism. In his Door God images, Zeng mixed the cultural elements of the East and the West, presented the aesthetical spectacles under the background of global consumerism, which have the cultural implications of intertwining, host-guest-exchange, and even conflict of the Eastern and Western cultures. His Bubbles series since 2008 are mainly his own imaginations, which transform existing images by exaggeration, reconstruction, and … END_OF_DOCUMENT_TOKEN_TO_BE_REPLACED 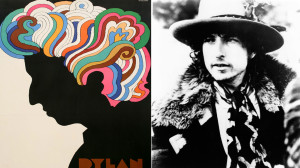 Good News speaks to Mickey Ross owner of the gallery to share the Bob Dylan Good News and it was very special.  Stop by the gallery and see for yourself how talented this living legend is. Thank you again to all those who attended our Reception for Bob Dylan's "The Drawn Blank Series" last week! We are pleased to announce that the Reception was a success, with over one hundred and fifty people who joined us to see our wonderful collection of original paintings, original works on paper, and limited edition prints by Bob Dylan. For those of you unable to attend last week, please know that our exhibition is up from now until May 30th.  Our gallery is open to the public Monday- Saturday, from 10am-6pm, with the exception of Memorial Day Weekend during which we will be closed on … END_OF_DOCUMENT_TOKEN_TO_BE_REPLACED

In 2020 we will take our event to 193 countries and other locations to create the largest world gathering & broadcast to share Peace, … END_OF_DOCUMENT_TOKEN_TO_BE_REPLACED