You are here: Home / Archives for failure 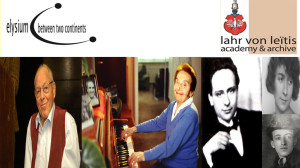 In Remembrance of the Artists from Theresienstadt who were murdered 70 Years ago in Auschwitz Thursday, October 9at 7.30 pmCzech Consulate General / Bohemian National Hall321 East 73rd Street New York, NY 10021   Free admission However, reservations are required - To reserve tickets please send an e-mail to elysiumbtc@aol.com or call Elysium - between two continents at 212-744 4875 Paul Aron Sandfort (1930 - 2007), was deported to Theresienstadt as a child and played the trumpet in the ghetto orchestra. Years later he depicted his experiences there in several playsand novels. Until his death, Paul Aron Sandfort was an advisor and Honorary Artistic Director of Elysium - btc.    Viktor Ullmann, composer and music critic, was … END_OF_DOCUMENT_TOKEN_TO_BE_REPLACED 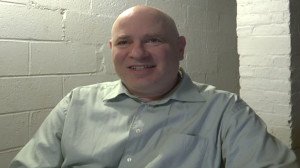 The exploration of ways to create a “sellable” approach to the daunting task of establishing a firm ceiling on greenhouse-gas emissions is important enough that I’m adding another post on this for the weekend. A Dot Earth reader, Jay Rappoport, followed up on Peter Barnes’s proposal for a “cap and dividend” system with another take on the idea that’s worth highlighting here, if only because the central metaphor is so easy to absorb — having a “bottle bill” for climate. Of course, one problem with most bottle bills around the United States is the fee hasn’t risen to adjust for inflation, so many bottles still go into the trash because the five-cent surcharge is a yawn. And many drink containers (like all those water bottles!) are left out in most cases. (This recent Green Counsel post … END_OF_DOCUMENT_TOKEN_TO_BE_REPLACED

In 2020 we will take our event to 193 countries and other locations to create the largest world gathering & broadcast to share Peace, … END_OF_DOCUMENT_TOKEN_TO_BE_REPLACED