You are here: Home / Archives for feature 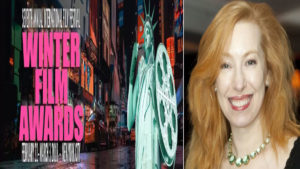 Celebrates Diversity in Film February 22-March 3, 2018 The Festival showcases films from emerging filmmakers from around the world in all genres, with a special emphasis on highlighting the work of women and under-represented filmmakers. The 93 Official Selections are a diverse mixture of 13 Animated films, 13 Documentaries, 10 Feature narratives, 8 Horror films, 9 Music Videos, 31 Narrative shorts and 7 Web series. These include 21 student films and 32 first-time filmmakers. Filmmakers come from 31 countries; 40% of the films were created by women, 43% were created by people of color. Tickets are available at https://winterfilmawards.com/wfa2018/tickets/Tickets are $10/In Advance, $15/Door, $5/Door with Student ID. Screening blocks run 2 ½ to 3 hours and include a mix of shorts and … END_OF_DOCUMENT_TOKEN_TO_BE_REPLACED 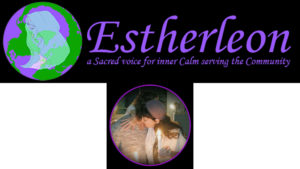 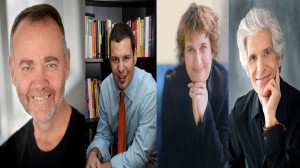 Work Mindfulness Project Event is really happening! :)  Keith Fiveson organized a wonderful event.  The event featured  Sharon Salzberg's "Real Happiness at Work" meditations, Dr. Miles Neal, and  Dr. Joe Loizzo .    People attended to find out about neuroscience, mindfulness and employee and customer engagement.  So, I encourage you to come, bring your business friends, cards and brochures and take a morning for mindfulness. My hope and intention is that we may, as a community, help, transform, or create a pathway towards happier experiences in the workplace. Profits from this event will be donated to Nalanda Institute and back to the The Work Mindfulness Project development fund. … END_OF_DOCUMENT_TOKEN_TO_BE_REPLACED

60 Seconds to Peace is an app that allows you to take a 60 second break from your day to envision peace. We track your meditations concurrently with those around the world. Whether you choose to meditate on peace within your own life or world peace, the positive effect will be the same... a more peaceful world. Includes 6 Meditational Movies Autoplay feature Social Meditation Tracker Developed by Oola, a great day is only the press of a button away! Oola has also developed a line of printed fabric decals called Oola Original Decals, which can adhere to any smooth surface - walls, mirrors, notebooks, lockers - without leaving a sticky residue. Go ahead, press the button. It's Powered by You!  www.oolaoola.com … END_OF_DOCUMENT_TOKEN_TO_BE_REPLACED

TONIGHT 7:15 P.M. - 7:18 P.M. DUFFY SQUARE Join us in the global celebration of Nelson Mandela’s 95th birthday, as part of Nelson Mandela International Day, an international call-to-action for the public to engage in activities that improve the lives of those around them.   We invite you to gather tonight at Duffy Square for a special screening of "The Power of Words” on the electronic billboards of Times Square at 7:15 p.m.You can also view the video throughout the day at the Times Square Museum & Visitor Center (1560 Broadway, Seventh Avenue between 46th and 47th Streets) from 8:00 a.m. to 8:00 p.m.The words of Nelson Mandela -- derived from several of his most poignant speeches -- will collide, float, pour, and burst onto a cosmic blue background in the … END_OF_DOCUMENT_TOKEN_TO_BE_REPLACED

In 2020 we will take our event to 193 countries and other locations to create the largest world gathering & broadcast to share Peace, … END_OF_DOCUMENT_TOKEN_TO_BE_REPLACED