You are here: Home / Archives for feldman 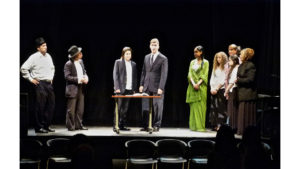 Sunday May 28th 2017. Ansche Chesed Synagogue. 251 West 100th Street, NYC. Doors Open 230pm. Show at 3pm. Tickets: Adults $20 Kids $10 at the Door Produced by Michael Skakun, Jason Grant Shela, Paul Sladkus, Amy Thau, Howard Feldman. Directed by Jason Grant Shela. Musical Direction by Andrew Hertz. About The Festival: The Jewish Heritage Theater Festival is a celebration of Jewish Family Life over the past century. The Short Plays are acted by an accomplished group of thespians from My Generation Theater Company. The Festival is approximately 2 hours in length and will culminate in a Live Music Show. This Production is a benefit for The Joseph Skakun Project. A 501c3 Educational Non-Profit Organization that aims to bring Jewish Heritage and History to life via the performing arts. … END_OF_DOCUMENT_TOKEN_TO_BE_REPLACED

In 2020 we will take our event to 193 countries and other locations to create the largest world gathering & broadcast to share Peace, … END_OF_DOCUMENT_TOKEN_TO_BE_REPLACED