You are here: Home / Archives for flyer 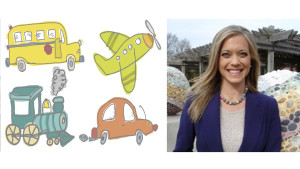 Award-Winning International Travel Expert and Editor-In-Chief of TravelGirl Magazine Stephanie Oswald Provides Insider Tips on Stress-free Holiday Travel It's no secret that traveling during the holidays is one of the most stressful times of the year to embark on a journey. Long waits and winter weather present unexpected challenges for travelers nationwide. However, don't let the winter holiday travel season keep you home. Nationally recognized travel expert and Editor-in-Chief of Travel Girl Magazine Stephanie Oswald comes to rescue. Stephanie will provide insider travel tips to help you overcome the challenges of winter holiday travel. She will discuss everything from how to find the best accommodations and airfare deals to what to pack for a stress-free trip. Some of the Unique … END_OF_DOCUMENT_TOKEN_TO_BE_REPLACED 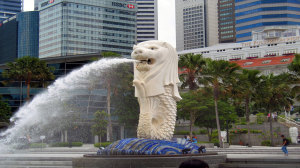 Singapore officially the Republic of Singapore, is a sovereign city-state and island country in Southeast Asia. It lies off the southern tip of the Malay Peninsula and is 137 kilometers (85 mi) north of the equator. The country's territory consists of the lozenge-shaped main island, commonly referred to as Singapore Island in English and Pulau Ujong in Malay, and more than 60 significantly smaller islets. Singapore is separated from Peninsular Malaysia by the Straits of Johor to the north, and from Indonesia's Riau Islands by the Singapore Strait to the south. The country is highly urbanized, and little of the original vegetation remains. The country's territory has consistently expanded through land reclamation. The islands were settled in the second century AD and subsequently belonged … END_OF_DOCUMENT_TOKEN_TO_BE_REPLACED

In 2020 we will take our event to 193 countries and other locations to create the largest world gathering & broadcast to share Peace, … END_OF_DOCUMENT_TOKEN_TO_BE_REPLACED