You are here: Home / Archives for ford 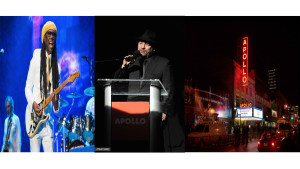 2015 Event Headlined by Funk & Soul Music Icon Nile Rodgers and CHIC Additional Performances by Ne-Yo, Rosanne Cash, Luke James and Kimberly Nichole WHAT: The legendary Apollo Theater, a leading not-for-profit performing arts institution and the soul of American culture will host its 10th annual Spring Gala on Monday, June 8 at 7:00 PM. The star-studded benefit concert will be hosted by AJ Calloway (Extra TV) and will feature diverse performances by celebrated artists who have all previously graced the Theater’s stage, and that reflect the its commitment to providing a platform for all musical genres, including pop-funk and dance musician, Nile Rodgers and his pioneering disco-funk group CHIC; Grammy-winning R&B singer/songwriter, Ne-Yo; Grammy-winning singer/songwriter Rosanne Cash; … END_OF_DOCUMENT_TOKEN_TO_BE_REPLACED

If you’re learning ways to find inner peace, are you really helping create world peace? We asked best-selling author and peace activist Marianne Williamson, whose nonprofit Peace Alliance is working to create a U.S. Department of Peace, what “being peace” looks like.   Q: Do you believe world peace is really possible? A. I think a fundamental change of heart is possible and necessary. I think we’re nearing the tipping point, actually. Millions on this planet are getting sick and tired of being sick and tired. Even in this country, people are finally waking up to the monstrosity of this war in Iraq — for our own people, and for others as well. So of course peace is possible; peace is our natural state. Happy, secure people do not wake up in the morning and try to kill other … END_OF_DOCUMENT_TOKEN_TO_BE_REPLACED 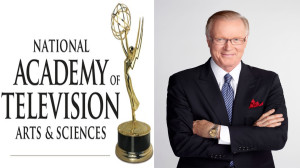 Since 1974 Scarborough has been the lead male news anchor at WNBC-TV, the New York City flagship station of the NBC Television Network, and has also appeared on NBC News. He currently anchors at 6:00 p.m. and 11:00 p.m. on WNBC. A native of Pittsburgh, and a graduate of the University of Southern Mississippi, he served in the United States Air Force and currently has a commercial pilot certificate. His career in television began in Mississippi as a reporter at WLOX-TV in Biloxi and later WDAM-TV in Laurel, before moving to WAGA-TV in Atlanta. Scarborough's first major market anchoring job came in 1972, at WNAC-TV (now WHDH-TV) in Boston. He was originally hired as part of a two-man anchor team with respected New England journalist Lee Nelson, but was soon made the solo anchor of the … END_OF_DOCUMENT_TOKEN_TO_BE_REPLACED

In 2020 we will take our event to 193 countries and other locations to create the largest world gathering & broadcast to share Peace, … END_OF_DOCUMENT_TOKEN_TO_BE_REPLACED