You are here: Home / Archives for founders 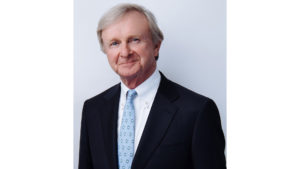 CHIEF EXECUTIVE OFFICER Chuck has more than 30 years of experience in the private equity and investment banking industries. Chuck is the Chief Executive Officer of Stone Point Capital and Chairman of the Investment Committees of the Trident Funds. Chuck joined Stone Point in 1998, and he is actively involved in all of Stone Point’s portfolio investments. He is the chief architect behind Stone Point’s “Elephant Process” investment philosophy and partnership model with founders and owner-operators. Prior to Stone Point, Chuck was a partner at Goldman, Sachs & Co. where he spent 23 years. Career Highlights Goldman, Sachs & Co. · Head of Investment Banking Services Worldwide · Co-Head of Americas Group · Head of Financial Services Industry Group · … END_OF_DOCUMENT_TOKEN_TO_BE_REPLACED 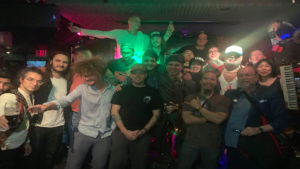 daysOFwild waz born on xmass eve 1994 when we played our very first show at the old rock and roll cafe down on bleecker streeet nyc with the one and only lenny kravitz in the house than we were every monday friday and saturday late-show style at the bitter-end next-door and every thursday late-nite at the red lion also next door.... in 2000 we went to italy 2 play the treviso blues and funk festival and in 2001 we played 4pRiNcE at paisley park in MPLS for hiz birthday in front of 500 friendz and pRiNcE himself did sound hehehe as we played a two hour pluz set of alll hiz music with jerry martini rose stone cynthia robinson & larry graham all in the house from sLy and the family stone..... in 2009 and 2017 we played 4sLy stone'z b/day at bb-kingz in nyc with original drummer & … END_OF_DOCUMENT_TOKEN_TO_BE_REPLACED 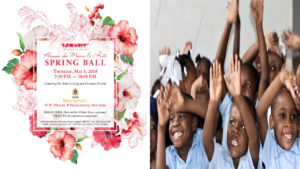 http://www.lescouleursnyc.org/ holds a major Spring Ball to benefit those in need in Haiti and Mexico. The event raised important money to help those in need. It was held at Domenico Vacca's Store. Mission The three main goals of Les Couleurs Charity are to inspire, educate and empower children who come from underprivileged socio-economic backgrounds and have very few educational opportunities to thrive. With our CREATE Program, we give them the tools to unleash their wonderful creative energy, make them feel empowered and appreciated, and teach them skills that will create artistic opportunities or careers for them. Children thus inspired feel and express so much joy and it tremendously helps their overall cognitive development as well. Our group arts projects make children … END_OF_DOCUMENT_TOKEN_TO_BE_REPLACED 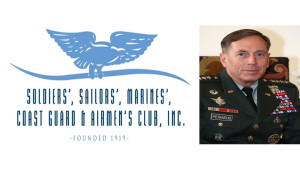 honors General David Howell Petraeus. Part Two. (Note: We ran out of tape, but we have the end of his philosophical comment in text)  ‘I’ll keep in mind a Cautionary tale of young schoolboy who gave a report about Julius Caesar: he was a great general, he won some important battles, he made a long speech, they killed him.” – I will try to avoid Caeser’s fate this evening. “Addressing such eminent company in this great city with this great organization, one can almost begin to feel a little bit important- thankfully I have plenty of experiences from early days in the army to keep that impulse in check… One episode in particular- I was fresh out of West point, a new second lieutenant, out with my new platoon for the first time, we’d a long day and we didn’t crawl into our sleeping bags … END_OF_DOCUMENT_TOKEN_TO_BE_REPLACED

In 2020 we will take our event to 193 countries and other locations to create the largest world gathering & broadcast to share Peace, … END_OF_DOCUMENT_TOKEN_TO_BE_REPLACED