You are here: Home / Archives for ginni 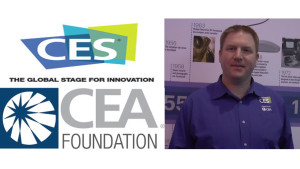 We Hear From Steve Ewell, Executive Director, CTA Foundation Steve Ewell is the executive director of the Consumer Technology Association (CTA) Foundation, a charitable foundation with the mission of linking seniors and people with disabilities with technology that can enhance their lives. He joined the CTA Foundation in January 2012 and is the first person to hold this position. We also interview Walter Alcorn, VP Environmental Affairs and Industry Sustainability about their good work. Prior to joining the CTA Foundation he served in other nonprofit leadership roles. He was managing director of the InfraGard National Members Alliance (INMA), a public private partnership with the FBI focused on promoting and developing critical infrastructure protection, with 86 chapters and more … END_OF_DOCUMENT_TOKEN_TO_BE_REPLACED 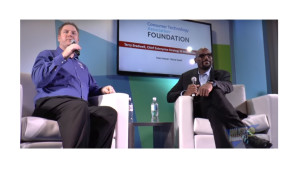 Terry Bradwell, AARP’s chief enterprise strategy & innovation officer, helps shape AARP’s future through the development of a clear enterprise strategy and a strong innovation pipeline. He is responsible for strategic planning, corporate relations and an innovation lab that continually looks at how we can do our work better and discover new solutions that help our members and people 50+ live their best lives. With over 25 years of domestic and international experience in information technology development, delivery and management, he has held a number of senior leadership positions. As AARP’s Chief Information Officer, he transformed the IT organization from a “cost center” to a “value center,” running IT like a business and stimulating innovation across the enterprise and closing the … END_OF_DOCUMENT_TOKEN_TO_BE_REPLACED 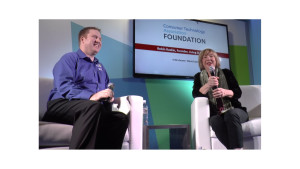 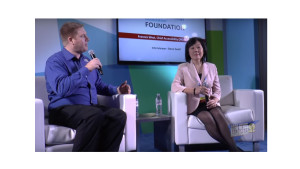 Ginni Rometty, chairman, president and CEO of IBM, concluded Wednesday's keynote lineup discussing IBM's role in the next phase of the Internet of Things (IoT): cognitive computing. She said the challenge of IoT today is making sense of all the data we're creating and capturing. "The future of the Internet of Things is cognitive," Rometty said. "It will change what you make, it will change how you operate, and will change who you are." Rometty announced partnerships with Under Armour, Medtronic and Softbank Robotics, who are all using Watson, IBM's computing power technology that makes sense of data generated by connected devices. Shapiro opened IBM's keynote by announcing a research partnership between the CTA Foundation and IBM to study how cognitive computing will transform our … END_OF_DOCUMENT_TOKEN_TO_BE_REPLACED

In 2020 we will take our event to 193 countries and other locations to create the largest world gathering & broadcast to share Peace, … END_OF_DOCUMENT_TOKEN_TO_BE_REPLACED