You are here: Home / Archives for China Good News 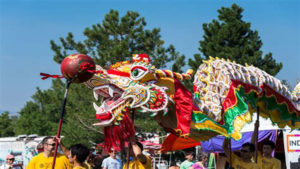 from current Terminal 1 to Terminal 4, starting April 30, 2012. Good News is proud to cover the ribbon cutting ceremony, followed by a reception at VIP lounge.  The Oasis, to celebrate this important moment with us. Venue: John F. Kennedy International Airport Terminal 4 Door 2, Row 2 China Airlines (CAL) is the largest airline in Taiwan and the flag carrier of the Republic of China. Although not directly state-owned, the airline is owned by China Airlines Group, which is owned by the China Aviation Development. China Aviation Development Foundation is in turn owned by the government of the Republic of China. The airline, with headquarters in and flight operations from Taoyuan International Airport, flies to destinations in Asia, Europe, North America and Oceania. China Airlines has … END_OF_DOCUMENT_TOKEN_TO_BE_REPLACED

Photos courtesy of China Airlines and Rick Ho, Sing Tao Newspapers Taipei, Taiwan - China Airlines (CAL) proudly announces that starting April 28, 2011, flights from Taipei to New York will stop over in Osaka, Japan instead of Anchorage, Alaska. CAL will operate three round-trip flights per week on Boeing 747-400 passenger aircraft. The route change provides more choices and comfort to passengers traveling between Taiwan, Japan and the United States, as well as additional frequency on Taiwan-Japan routes with three additional flights between Taiwan and Japan. At present, CAL already operates seven flights a week between Taipei and Osaka, and this schedule change will bring the total to ten flights a week. Osaka is Japan's second-largest metropolis, being just slightly smaller than … END_OF_DOCUMENT_TOKEN_TO_BE_REPLACED

Music by Michio Miyagi. We fly on the exceptional China Airlines through  their new route to Osaka, Japan, and for most they go on to Taiwan.  This trip was for  media and brought to us by China Airlines and The  Foundation for Kansai Region promotion.  We travel along with the leading Asian media in America; Asian Fusion Magazine, The Sing Tao and The World Newspaper and had a fascinating time.  Everyone was special and it was a  trip to remember for a life time.    This post is the first of many to be shared with our audience and we hope that you will share your comments and experiences with us in audio, video or text.  We feature video about The Japanese Doll Festival (雛祭り, Hina-matsuri?), or Girls' Day, is held on March 3.Platforms covered with a red carpet are used to display a set … END_OF_DOCUMENT_TOKEN_TO_BE_REPLACED

"All net profits made by the photographer Luca Zordan and the author Alethea Gold will be donated to Chi Heng Foundation to help fund Aids related projects for children in Central China". As host of the 2008 Beijing Olympics, China will be the focus of the international community. Being Chinese I am delighted that we will have the opportunity to share with the world elements of Chinese culture and hospitality. I believe that children best encapsulate the spirit and heart of a country and as such I am proud to be associated with the "Children of China" book project - It is a beautiful feel good photographic book that captures the diversity of China through the images of the children. What I am particularly proud of is that the profit made by the photographer Luca Zordan and the author … END_OF_DOCUMENT_TOKEN_TO_BE_REPLACED

In 2020 we will take our event to 193 countries and other locations to create the largest world gathering & broadcast to share Peace, … END_OF_DOCUMENT_TOKEN_TO_BE_REPLACED