You are here: Home / Archives for good news togo 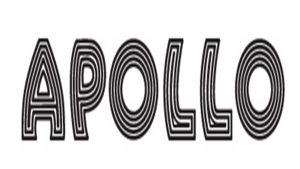 Some of New York’s Most Legendary Emcees Return to the Apollo Stage for an Epic One Night Concert Friday, August 5, 2016 – 8 p.m. Tickets Go on Sale on Friday, July 8 at 10 a.m. New York, NY, June 29, 2016 –The Apollo Theater announced today that it will present The Originals: DMX featuring N.O.R.E., Jim Jones Jadakiss & friends with DJ Scram Jones, an epic hip-hop concert featuring some of New York’s most legendary emcees - on Friday, August 5, at 8 p.m. The show will see the Theater return to its hip-hop roots. This one night only concert will see the iconic Theater returning to its hip-hop roots with all of the artists in the show having performed on the Apollo stage early in their careers and throughout. Tickets go on sale to the general public Friday, July 8, … END_OF_DOCUMENT_TOKEN_TO_BE_REPLACED

In 2020 we will take our event to 193 countries and other locations to create the largest world gathering & broadcast to share Peace, … END_OF_DOCUMENT_TOKEN_TO_BE_REPLACED