You are here: Home / Archives for graduation 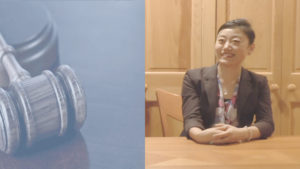 My name is Qi Men. I grow up in Yantai, Shandong Province, mainland China. I went to Beijing for college, graduated 1st of the academic year and became an English teacher at China’s biggest language and test preparation school— New Oriental (NYSE EDU). After teaching for four years and accumulated good reputation of my passionate lecturing style, and also inspired by students I teach, I decided to learn more and do more. So I pursued further education in Brooklyn Law school in New York. After graduation, I represented the law school to recruit students in China, covering law schools, government departments and bar associations. I’ve helped build relationships between Brooklyn law school and almost 50 Chinese law schools. And I’m in the middle of building an international law school … END_OF_DOCUMENT_TOKEN_TO_BE_REPLACED 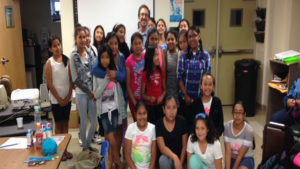 Fifteen young women will graduate from the Nora Cronin Presentation Academy in Newburgh this Friday, June 8. The ceremony will be held at the St. Assisi Church in Newburgh at 6 p.m. The guest speaker is Catherine Merryman, principal of Our Lady of Lourdes Catholic High School in Poughkeepsie. ALL the graduates will be attending Catholic high schools in September. NORA CRONIN PRESENTATION ACADEMY GRADUATION 2018- CELEBRATING 11 YEARS OF EDUCATIONAL EXCELLENCE AND SUCCESS! … END_OF_DOCUMENT_TOKEN_TO_BE_REPLACED 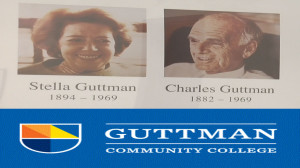 CUNY The City University of New York. There is a lot of Good News at the newest community college in New York City in decades. We speak to the President, Dr. Scott Evenbeck Established on September 20, 2011, with Governor Andrew M. Cuomo’s approval of A Master Plan Amendment, The New Community College at CUNY was the University’s first new community college in more than 40 years. The second community college in Manhattan was inspired by Chancellor Matthew Goldstein’s interest in improving graduation rates for CUNY’s diverse urban students with a wide range of linguistic and cultural backgrounds. “There is no more urgent task in higher education than to find ways to help more community college students succeed,” the Chancellor has said. The New Community College at CUNY officially … END_OF_DOCUMENT_TOKEN_TO_BE_REPLACED 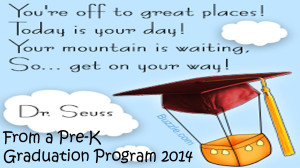 You're off to great places!! Today id your day! Your mountain is waiting. So...get on your way!! Dr. Seuss Shared at Pre K graduation … END_OF_DOCUMENT_TOKEN_TO_BE_REPLACED

In 2020 we will take our event to 193 countries and other locations to create the largest world gathering & broadcast to share Peace, … END_OF_DOCUMENT_TOKEN_TO_BE_REPLACED