You are here: Home / Archives for grier 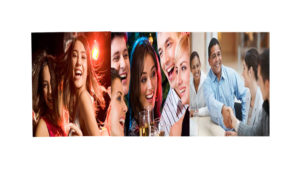 You should have came out lastnight and joined us, as we have another fantastic event with great people. This was the first of five awesome events here in New York in 2017 so you won't want to miss out! Wednesday, March 8th 6:45 - 9:45pm, ‘The Art of Active Networking’ is excited to be returning to Ripley-Grier Studios on the 16th floor at 520 8th avenue. Purchase your tickets would have been for $20. Starting yesterday tickets would have been up to $25 online and then $30 CASH at the door. All tickets purchased on Meetup.com are $20 regardless of time of purchase. Our student pricing is $10, so now is the time to start getting connected if you have a valid student I.D. And as always, Veterans are free! Take a look at our website for an amazing past tickets and links to our Social Media … END_OF_DOCUMENT_TOKEN_TO_BE_REPLACED

In 2020 we will take our event to 193 countries and other locations to create the largest world gathering & broadcast to share Peace, … END_OF_DOCUMENT_TOKEN_TO_BE_REPLACED