You are here: Home / Archives for jack reacher 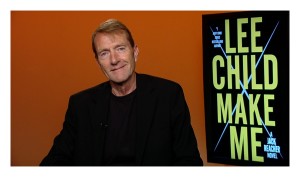 MAKE ME By #1 New York Times bestseller LEE CHILD “Child is a suburb craftsman of suspense.” —Entertainment Weekly “Reacher gets better and better.”—The New York Times “Do yourself a favor and get hooked on this series.” —The Cleveland Plain Dealer Hailed as “the best thrill writer of the moment” (New York Times) and “the poster boy for American crime fiction” (Los Angeles Times), with more than 100 million copies of his novels in print worldwide featuring his now iconic creation—ex Army cop and all-around tough guy Jack Reacher—Lee Child is hotter than ever! About Reacher:  For some, his brute strength and sheer physicality are his dominant traits. For others, it’s the razor-sharp instincts and mental processes that make him a force to be reckoned with. But no matter the … END_OF_DOCUMENT_TOKEN_TO_BE_REPLACED

In 2020 we will take our event to 193 countries and other locations to create the largest world gathering & broadcast to share Peace, … END_OF_DOCUMENT_TOKEN_TO_BE_REPLACED