You are here: Home / Archives for lindos 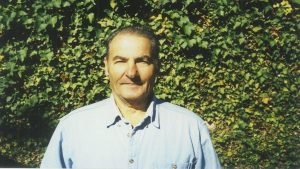 Photo by Robert Farber  Photo by Anzu Lawson  Photo by Sylvia Hoke  Photo by Sylvia Hoke Pianist Russell Daisey of Dietrich and Cindy Marinangel. Photo by Sylvia Hoke Willard Manus (born September 28, 1930) is a Los Angeles-based novelist, playwright, and journalist. His original play “Dietrich” just enjoyed a limited Off Broadway engagement at the famed Triad Theatre to packed houses and excellent reviews. Accompanied by pianist Russell Daisey and starring Cindy Marinangel, “Dietrich” is a based on a true story. Set in May 1960, the play takes place when Marlene Dietrich returned to the Berlin stage for the first time since fleeing the Hitler regime in the 1930’s. Inside her dressing room at the Tatiana Palast Theater, Dietrich weighs … END_OF_DOCUMENT_TOKEN_TO_BE_REPLACED

In 2020 we will take our event to 193 countries and other locations to create the largest world gathering & broadcast to share Peace, … END_OF_DOCUMENT_TOKEN_TO_BE_REPLACED