You are here: Home / Archives for malik 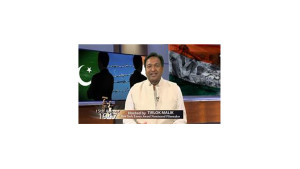 Wishing you Happy India Independence day. 15th August 1947. From Tirlok Malik. Wishing all of us the celebration of India Independence Day from the British on 15th August 1947. Along with that I also wish you the independence from all things which cause you stress, worries, and concerns. I also want to share the news with you. For the show. See below. Click on the link below to watch the promo. https://www.youtube.com/watch?v=RdPdrrEz-W8 "15 August 1947” A special tribute TV Show. Conceived and Hosted by Tirlok Malik (New York Emmy nominated filmmaker). and presented by NRI TV FILM CLUB and JUS BROADCASTING .People who witnessed August 1947 with their own eyes as … END_OF_DOCUMENT_TOKEN_TO_BE_REPLACED 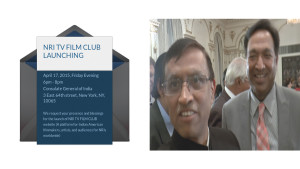 Honorable Shri. Dnyaneshwar M. Mulay, Consul General of India, New York, inaugurated the launch of www.NRITVFILMCLUB.com website in the presence of many prominent people from the Indian community, media and entertainment. The event was held at the Indian Consulate in New York. Mr. Mulay congratulated Tirlok Malik, founder of NRI TV FILM CLUB, by saying It is a wonderful idea. Very much needed. And it will make the bridge between Hollywood and Bollywood by creating NRI-wood. NRI TV FILM CLUB LAUNCHING Friday, April 17, 2015 6pm - 8pm Consulate General of India … END_OF_DOCUMENT_TOKEN_TO_BE_REPLACED

In 2020 we will take our event to 193 countries and other locations to create the largest world gathering & broadcast to share Peace, … END_OF_DOCUMENT_TOKEN_TO_BE_REPLACED