You are here: Home / Archives for momma 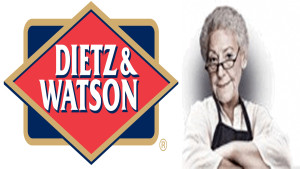 Ruth “Momma” Dietz Eni Celebrates 90th Birthday in Style with Friends & Fans of Dietz & Watson  It’s incredibly rare for a fourth generation owned and operated family business to survive, yet alone thrive. But Dietz & Watson, a premium deli meat and cheese company headquartered in Philadelphia, has done exactly that with matriarch Ruth “Momma” Dietz Eni, daughter of founder Gottlieb Dietz, at the helm. And this month, Ruth celebrated a major milestone – her 90th birthday. Friends and fans of the leading deli company joined Momma Dietz for a celebration at the Pathmark in the Atlantic Terminal Mall in Brooklyn on January 22. The event’s special menu included Dietz & Watson franks, assorted Dietz & Watson premium meats and cheeses – and, … END_OF_DOCUMENT_TOKEN_TO_BE_REPLACED

Excerpt from The ABC’s of Homeschooling By Laura Ann Huber My husband and I don’t always see things eye to eye. We have had many disagreements and arguments, mostly because I have what I like to call “Momma Bear Syndrome.” Momma Bear Syndrome is an instinctive, unthinking act to defend the cubs at all costs. If Poppa Bear disciplines more harshly than Momma Bear deems appropriate the claws come out, and Momma Bear is on the attack. Watch Out! This can cause confusion and disruption in the den. Parents must quietly go behind doors if this happens and talk about what is wrong or right. Try to find middle ground. Sticking together is very important. Sometimes it’s hard because men and women see things so differently. Once a decision is made, go out and talk to the kids together. If a … END_OF_DOCUMENT_TOKEN_TO_BE_REPLACED

In 2020 we will take our event to 193 countries and other locations to create the largest world gathering & broadcast to share Peace, … END_OF_DOCUMENT_TOKEN_TO_BE_REPLACED