You are here: Home / Archives for n 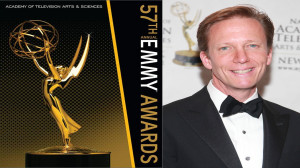 and is currently the President of the National Academy of Television Arts & Sciences, NY (the organization that bestows the coveted Emmy® Awards). His distinctive storytelling, production skills and award-winning international reporting have added a unique dimension to WABC-TV's coverage of metropolitan New York. In September 2001, after the two airliners struck the World Trade Center, N.J. and WABC-TV photographer Marty Glembotzky narrowly escaped the subsequent collapse of the South Tower. Their work was later seen on television news broadcasts across the nation and around the world. He spent nearly three months covering the war in Iraq.  In the metropolitan area, he has reported on everything from crime, and state and local politics, to commercial plane crashes, hurricanes, … END_OF_DOCUMENT_TOKEN_TO_BE_REPLACED 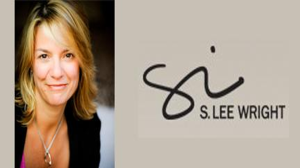 http://www.sleewright.com Lee's Journey… Lee studied at the University of North Carolina at Greensboro to and received a Bachelor's degree in Interior Architecture with a minor in Psychology in 1990. Interior Architecture is a combination of Interior Decoration, Interior Design & Industrial Design only; it does not include an Architectural degree. Lee has over twenty (20) years of experience in the Architectural and Interior Design industries in both Europe and the USA. As a self proclaimed “learning enthusiast,” Lee has expanded her skill set to include: Aromatherapy, expertise gained at the Tisserand Institute in London; Reflexology, as studied in both Europe and the USA; and Feng Shui, having achieved certification at the BTB Feng Shui Masters Training Program in New York … END_OF_DOCUMENT_TOKEN_TO_BE_REPLACED

Our little family and the trusty schooner have returned home. The schooner rests peacefully on her river of birth, the Cape Fear River. Soanya, Darshen and I are in the family home in Greensboro. We had a great voyage home. Besides our stopover in St. Thomas VI, we never lowered a sail the whole voyage. The winds blew out of the NE all the way to the mouth of the Cape Fear River. We had some tech savvy delivery crew with us in the VI and when they opened their computers to Passage Weather, the weather maps showed four days of contrary winds and squalls.  They decided they didn’t have time to deal with that. So they jumped ship and caught the next plane home. That left us with only Jennifer, who had never been to sea before. Despite the contrary weather forecast, we were eager to … END_OF_DOCUMENT_TOKEN_TO_BE_REPLACED

In 2020 we will take our event to 193 countries and other locations to create the largest world gathering & broadcast to share Peace, … END_OF_DOCUMENT_TOKEN_TO_BE_REPLACED