You are here: Home / Archives for pataki 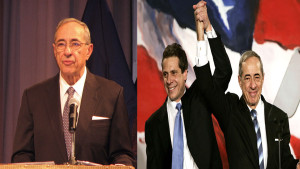 Good News Sends Our Fondest Support to Mario Matthew Cuomo Family and Friend. Mario (June 15, 1932 – January 1, 2015) was an American politician and member of the Democratic Party. He served as the 52nd Governor of New York for three terms, from 1983 to 1994, Lieutenant Governor of New York from 1979 to 1982 and Secretary of State of New York from 1975 to 1978. Cuomo was known for his liberal views and public speeches, particularly his keynote speech at the 1984 Democratic National Convention where he criticized Ronald Reagan's policies. The speech brought him to national attention, and he was widely considered a front-runner for the Democratic nomination for President in both 1988 and 1992, but he declined to seek the nomination in both instances. His legacy as a reluctant … END_OF_DOCUMENT_TOKEN_TO_BE_REPLACED

In 2020 we will take our event to 193 countries and other locations to create the largest world gathering & broadcast to share Peace, … END_OF_DOCUMENT_TOKEN_TO_BE_REPLACED