You are here: Home / Archives for pharmaceuticals 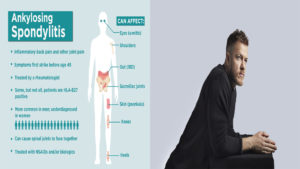 Uses His Voice to Help Others Like Him Who Struggle With a Chronic and Potentially Debilitating Disease Dan Reynolds, lead singer of the multi-platinum, Grammy Award-winning band, Imagine Dragons, has earned legions of fans worldwide with sold-out tours and a string of chart-topping songs including “Radioactive” and “Thunder.” While the band dominates the charts, Dan has been living with ankylosing spondylitis (AS)—a painful disease that most people probably aren’t familiar with—for more than a decade. Dan was diagnosed with AS in his early 20s, and three of his brothers also have AS. Dan continues his efforts to make a difference in the lives of others by supporting several causes, including his work as an advocate for the AS community. Recently, Reynolds has been working with … END_OF_DOCUMENT_TOKEN_TO_BE_REPLACED 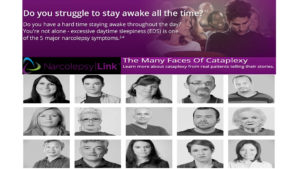 Do you have vivid dreams or sometimes laugh so hard your knees give way? It could mean you have narcolepsy – the chronic neurologic condition where the brain is not able to control sleep-wake cycles normally. If you do, you’re not alone. It’s estimated that 1 in 2000 people in the U.S. experience this condition, but more than half of them don’t know they have it. Now, one woman who was finally diagnosed with narcolepsy is on a mission to educate others about it. UNC professor Julea Steiner has teamed up with Jazz Pharmaceuticals to share her story. She, joins us now with more. www.morethantired.com Bio Julea Steiner Julea Steiner is a sleep health advocate and Assistant clinical professor and director of professional development in the Public Health Leadership Program at the … END_OF_DOCUMENT_TOKEN_TO_BE_REPLACED 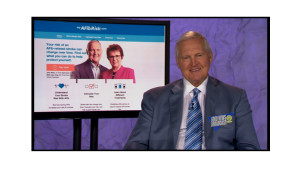 TALKS 2015-16 NBA SEASON AND A CAUSE CLOSE TO HIS HEART NBA Hall-of-Famer Jerry West was nicknamed “Mr. Clutch” for his amazing ability to come in strong on the court when it mattered most. Now, the 14-time NBA All-Star and legendary coach and manager is hoping to win—off the court—for a cause that hits home. Jerry shares a condition with as many as 6 million Americans called atrial fibrillation, or AFib, an irregular heartbeat that puts him at one-in-three odds of having a stroke in his lifetime. Since diagnosis, he has been working closely with his doctor to start and stay on treatment to help prevent a stroke due to AFib, and is now speaking out to encourage others with AFib to do the same. More than half of people with AFib don’t believe that they are at an increased risk of … END_OF_DOCUMENT_TOKEN_TO_BE_REPLACED

In 2020 we will take our event to 193 countries and other locations to create the largest world gathering & broadcast to share Peace, … END_OF_DOCUMENT_TOKEN_TO_BE_REPLACED