You are here: Home / Archives for producers 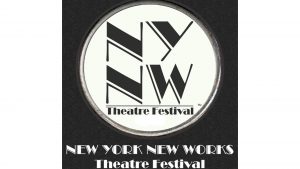 Gene Fisch, Jr. shares who are the finalists for the New York New Works (NYNW) Theater Festival at a wonderful party in celebration of the festival held in September, in New York, NY. Gene is the happy founder for the NYNW Festival and elated sharing the shows that will move into the finals as selected by the illustrious Board of Advisors of Broadway, TV Producers and Talent. Milestone Broadcast Corporation & Good News Founder, Paul Sladkus is a proud board member since the founding of the festival some years ago, as it keeps growing and giving wonderful talent a home to share their show in the famed New York City Theater District. Many shows have also received financial backing from their exposure at the NYNW Festival. … END_OF_DOCUMENT_TOKEN_TO_BE_REPLACED 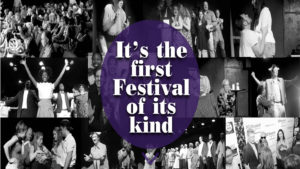 OUR VISION https://www.nynwtheatrefestival.com/ We wanted to make a difference. Our intent was to create a legitimate theatre festival that incorporated the Broadway community into an environment that truly supported talented writers at little cost for the participants. Essentially, this is the first festival of its kind and we’re thrilled to be helping make the dreams of Broadway and T.V.’s next generation of writers become realities. This is your shot. Let’s put out a product that will create your mark and introduce you to the writing community while at the same time creating a terrific evening of theatre. Gene Fisch, Jr. - Festival Director - 30 - 40 shows are selected from hundreds. · The NYNW panel of Broadway producers, Emmy & Tony award … END_OF_DOCUMENT_TOKEN_TO_BE_REPLACED 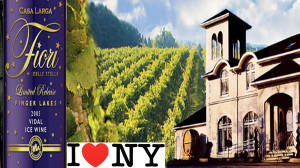 History Casa Larga Vineyards is one of New York’s premier wine producers, highly regarded for its production of award-winning, world-class Ice Wines. In 1974, Andrew Colaruotolo (Mr. C), an immigrant from Gaeta, Italy, founded Casa Larga Vineyards as a hobby, seeking to create wines reminiscent of those produced by his family’s vineyard in Italy. The first three wines were produced in 1978, and earned gold and silver medals in the first competition they entered. Casa Larga continues this tradition of excellence to this day – producing high-quality, award-winning wines, while acting as a driving force in the evolution, growth, promotion and recognition of the Finger Lakes wine region. Casa Larga produces red and white table wines, Champagne and Ice Wine. The winery produces three … END_OF_DOCUMENT_TOKEN_TO_BE_REPLACED

Technology Brings Human Emotion Into Video Stories; Helps The Movie ‘Make Itself’ New York City, NY, June 20, 2013—Today, Magisto introduced a new component of its patent-pending artificial intelligence technology that furthers its mission to forever improve the personal movie-making process: helping a movie ‘make itself.’ Based on the company’s proprietary artificial intelligence algorithm, Magisto's Emotion Sense Technology (EST) is able to unlock the emotional power of video editing and production from any smartphone. The camera phone first made its commercial debut in the mid 1990s. Today with more than a billion smartphones on the planet, myriad devices can shoot and disseminate video in increasingly sophisticated ways. Surprisingly, the actual process of editing and … END_OF_DOCUMENT_TOKEN_TO_BE_REPLACED

In 2020 we will take our event to 193 countries and other locations to create the largest world gathering & broadcast to share Peace, … END_OF_DOCUMENT_TOKEN_TO_BE_REPLACED