You are here: Home / Archives for quality 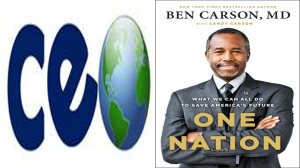 Dr. Benjamin S. Carson, Sr., M.D., had a childhood dream of becoming a physician. Growing up in a single parent home with dire poverty, poor grades, a horrible temper, and low self-esteem appeared to preclude the realization of that dream until his mother, with only a third-grade education, challenged her sons to strive for excellence. Young Ben persevered and today is an emeritus professor of neurosurgery, oncology, plastic surgery, and pediatrics at the Johns Hopkins School of Medicine, and he has directed pediatric neurosurgery at the Johns Hopkins Children’s Center for over 39 years. He became the inaugural recipient of a professorship dedicated in his name in May, 2008. He is now the Emeritus Benjamin S. Carson, Sr., M.D. and Dr. Evelyn Spiro, R.N. Professor of Pediatric Neurosurgery, … END_OF_DOCUMENT_TOKEN_TO_BE_REPLACED

In 2020 we will take our event to 193 countries and other locations to create the largest world gathering & broadcast to share Peace, … END_OF_DOCUMENT_TOKEN_TO_BE_REPLACED