You are here: Home / Archives for remembering 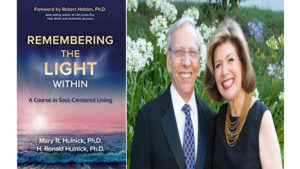 New Book Reminds Us that Love Is Our Essential Nature, Creating a Radical Shift in Perception of Our Life's Purpose -- From Two Leading Experts in Spiritual Psychology Are you ready for a radical shift in perception-one that may challenge and profoundly alter your idea of who you are and what your purpose is on this planet? A compelling new book presents information, stories, and simple, yet life-changing practices designed to assist you in doing the work you came to earth to do: Waking up into the Awareness that you are the Presence of Love, and living your unique life of meaning, purpose and fulfillment from within that Awakened state. Remembering the Light Within (Hay House, February 21, 2017) comes forth from Drs. Ron and Mary Hulnick, Founding Faculty and Co-Directors of … END_OF_DOCUMENT_TOKEN_TO_BE_REPLACED

Remembering Pete Seeger:  The world doesn't seem the same without Pete.  It's been a sad, difficult two weeks since Pete passed. I've been writing articles for newspapers, recording spots for radio shows, and talking to people on the phone for long periods of time. I have been able to make it up to Beacon a bunch of times to gather with friends and family. I really missing the guy. Pete and I played together over 50 times since we met in 2003 and we talked on the phone probably twice a month, sometimes for over an hour. We'd talk about philosophy, the population, early hominids, the founders of this nation, Abraham Lincoln, Native Americans, Ben Franklin, the Neanderthal, Shakespeare, the Bible, Woody Guthrie, Ledbelly, Martin Luther King, new songs he or I was working on, trees, … END_OF_DOCUMENT_TOKEN_TO_BE_REPLACED

In 2020 we will take our event to 193 countries and other locations to create the largest world gathering & broadcast to share Peace, … END_OF_DOCUMENT_TOKEN_TO_BE_REPLACED