You are here: Home / Archives for sam 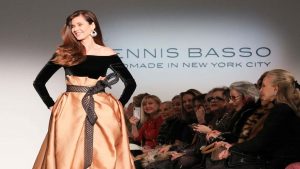 Dick DeBartolo(born October 19, 1945) is an American writer. He has most notably written for Mad. He is occasionally referred to as "Mad's Maddest Writer," this being a twist on Don Martin's former status as "Mad's Maddest Artist." DeBartolo served as the magazine's "Creative Consultant" from 1984 to 2009. www.gizwiz.com Mad has long spaced out DeBartolo's articles to ensure that at least one appears in every issue. As of his byline in issue #502 in 2009, new DeBartolo material has appeared in 400 consecutive issues, dating back to 1966. This is the longest such streak, surpassing runner-up Sergio Aragonés by nine issues. (Aragonés would be 25 issues ahead of DeBartolo's run if not for a single missed issue, #111. Al Jaffee would also be 16 issues ahead of DeBartolo, had he appeared in … END_OF_DOCUMENT_TOKEN_TO_BE_REPLACED

In 2020 we will take our event to 193 countries and other locations to create the largest world gathering & broadcast to share Peace, … END_OF_DOCUMENT_TOKEN_TO_BE_REPLACED