You are here: Home / Archives for satellite 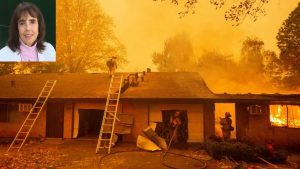 Tina Ebey share many thoughts for a bill to help deal with the fire problem in California. ORIGIN of the Bill: 1. B. Tina Ebey - citizen of San Jose, California 2. To my knowledge no similar bill has been introduced in any previous session. 1. PROPOSAL SUMMARY. The proposal will authorize bonds to fund live feed satellite coverage into every fire station in the state to cut the response time of our honorable firefighters and increase speed and accuracy of advance warning to affected citizens. 2. PROBLEM. At present most firefighters are on call. Based on research, firefighters too frequently lack access to the latest data regarding fire movements. This results in unnecessary delays for the firefighters to reach critical areas. It also results in … END_OF_DOCUMENT_TOKEN_TO_BE_REPLACED 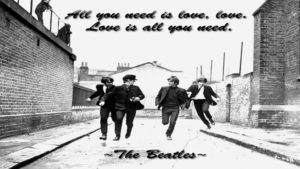 Sunday, June 25th 2017 Fifty years ago, on June 25, 1967, the Beatles introduced their iconic hit “All You Need is Love” in a live performance during the world’s first global satellite broadcast. The song quickly became the anthem for San Francisco’s Summer of Love. Now, on the evening of June 25th, the international Playing For Change band salutes the 50th Anniversary with a global sing-a-long of "All You Need Is Love." The band features performers from 13 countries representing 5 continents. The sing-a-long will take place at 8:50 pm (Pacific Time) - 11:50 pm (Eastern Time.) The audience attending the concert and all the people tuning into the "All You Need" is Love live broadcast will join in the sing-a-long Raising Their Voices to Spread the Timeless Message of Love around the … END_OF_DOCUMENT_TOKEN_TO_BE_REPLACED

“CELEBRATING THE  PEACEFUL PEOPLE IN THE WORLD” WAS HELD ON THE INTERNATIONAL DAY OF PEACE 9/21 AT 12 NOON. IT WAS A PEACE DAY PARTY!!   On the United Nations International Day of Peace, September 21, 2013 the largest human peace sign ever in Times Square/NYC was created and broadcast LIVE VIA SATELLITE AND WEB TO THE WORLD. This will be an annual event for,  WWW.PEACEDAYPARTY.ORG. The show will be broadcast as a one hour special with US and International network announcements shortly, as well as Digital broadcasts.  The show was created, by the nonprofit, Good News Corporation, its founder, Paul Sladkus states “We wanted to strengthen the UN Education for Peace message stated by the UN Secretary-General Ban Ki-moon for the International Day of Peace.”  His message was “It is … END_OF_DOCUMENT_TOKEN_TO_BE_REPLACED

In 2020 we will take our event to 193 countries and other locations to create the largest world gathering & broadcast to share Peace, … END_OF_DOCUMENT_TOKEN_TO_BE_REPLACED