You are here: Home / Archives for soulful 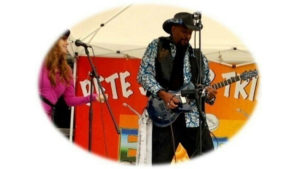 Al Smith is a gifted singer, songwriter, musician and content producer! As a performing artist he has been entertaining audiences around the globe with his own alternative brand of Country, Rock, Inspiration & Blues (coined “CRIB” for short). He gives an energetic performance which typically results with audiences rising to their feet chanting and singing along to his hi-octane soulful delivery. Al Smith has a heart for humanity, he works diligently performing at fund-raising events and concerts wherever he’s needed; helping organizations like North General Hospital and the Boriken Health Center build new and green facilities in Harlem New York; The New Orleans Rescue Mission feeding the homeless; ECOFEST promoting the environment; The Lee Perry Gross Agency; entertaining at health and … END_OF_DOCUMENT_TOKEN_TO_BE_REPLACED

Good News had the honor to create the 20th anniversary of Woodstock with Richie. He was a great man who taught us a great deal about life. FREEDOM. Reverend Paul Sladkus. Good news planet. Richie Havens was an American folk singer and guitarist. He is best known for his intense and rhythmic guitar style (often in open tunings), soulful covers of pop and folk songs, and his opening performance at the 1969 Woodstock Festival. Early life Born in Brooklyn, Havens was the eldest of nine children.  At an early age, he began organizing his neighborhood friends into street corner doo-wop groups and was performing with the McCrea Gospel Singers at 16. Early career At age 20, Havens left Brooklyn, seeking artistic stimulation in Greenwich Village. "I saw the Village as a place to … END_OF_DOCUMENT_TOKEN_TO_BE_REPLACED

In 2020 we will take our event to 193 countries and other locations to create the largest world gathering & broadcast to share Peace, … END_OF_DOCUMENT_TOKEN_TO_BE_REPLACED