You are here: Home / Archives for spanish 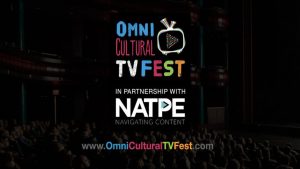 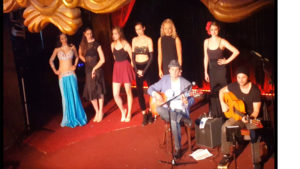 He's performing Monday, Mar 6, 7pm at the Cutting Room. He'll be accompanied by several beautiful modern dancers, moving in synchronicity with his throbbing guitar rhythm and his plucky complex Latin melodies. Come join us for a wonderful evening of music and networking with high level Wall Street friends. Vidak's a seasoned Wall Street Trader & family office advisor who's often featured in Bloomberg news. What's more interesting is he was a soldier in Serbia prior to getting his MBA from Columbia Univ. What I really like about him is like me he's also a highly trained martial artist who likes to spar at the gym regularly. Here's the details: Monday, March 6th 7pm-10pm The Cutting Room 44 E. 32nd St. … END_OF_DOCUMENT_TOKEN_TO_BE_REPLACED 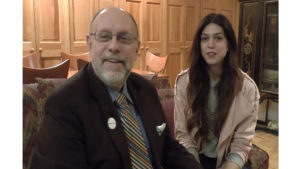 Esther was born and raised in Madrid, Spain. Her first contact with dancing was at the age of 8 when she joined a competition figure skating team. She competed and performed all around Spain in shows such as Mamma Mia on ice with Champions on ice, and Aladdin with Circo Americano en Las Ventas (Madrid). At the age of 16, Esther decided to focus solely on dance. She joined Acro Dance Company based in Madrid and kept dacing with Circo Americano. She moved to New York city to keep improving herself. Esther began working for different choreographers and shows as a freelance dancer performing all over the tri-state area and Pensilvannia in theatres and venues such as the Cutting Room, Broad Street Ballroom, Melrose Ballroom, Dixon Place, the Warsaw Theatre and the Trocadero Theatre. … END_OF_DOCUMENT_TOKEN_TO_BE_REPLACED 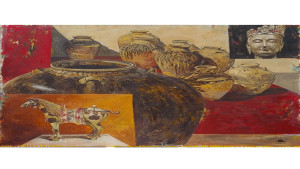 The Silk Road, actually not one road but a network of trade routes, from its birth before Christ, through its formal establishment during the Han Dynasty (206 B.C. E. to 220 C.E.), its height in the Tang Dynasty (618 C.E. to 907 C.E.), and its slow disappearance following the end of the Mongol Empire (1206 C.E. to 1368 C.E.), has played a unique role in trade, politics, religion, and culture, stretching far beyond the bounds of Asia itself. It has had a profound effect on the development of civilizations on both sides of the continent and its story is not over. Buddhism became the first large-scale missionary movement in the history of world religion. Brought from India, it expanded with the establishment of monasteries along the Silk Road. These monasteries afforded merchants and … END_OF_DOCUMENT_TOKEN_TO_BE_REPLACED

ArtCenter’s 30th Anniversary Year: Pioneer Legacy Shaped Miami’s Art Evolution  ArtCenter/South Florida, welcoming more than 100,000 visitors per year to its Lincoln Road location, launches its 30th anniversary initiatives during Art Basel in Miami Beach by debuting a new international visiting artist/curator program that begins with Acción Cultural Española (AC/E), dedicated to the promotion of Spanish heritage and culture around the world. Madrid artist Juan López is the first of five artists from Spain invited to create and present work in Miami Beach, alongside two Spanish curators. “Between Walls” is on view at the Richard Shack Gallery, 800 Lincoln Road through January 12 (including the week of Art Basel in Miami Beach). Concurrently, López will also exhibit new work as part … END_OF_DOCUMENT_TOKEN_TO_BE_REPLACED

In 2020 we will take our event to 193 countries and other locations to create the largest world gathering & broadcast to share Peace, … END_OF_DOCUMENT_TOKEN_TO_BE_REPLACED