You are here: Home / Archives for u.n. 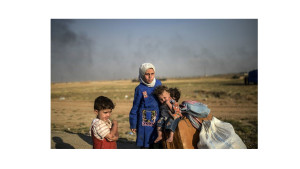 This article was written by Somini Sengupta for the New York Times.   UNITED NATIONS —Nearly 60 million people have been driven from their homes by war and persecution, an unprecedented global exodus that has burdened fragile countries with waves of newcomers and littered deserts and seas with the bodies of those who died trying to reach safety. The new figures, released Thursday by the United Nations refugee agency, paint a staggering picture of a world where new conflicts are erupting and old ones are refusing to subside, driving up the total number of displaced people to a record 59.5 million by the end of 2014, the most recent year tallied. Half of the displaced are children. Nearly 14 million people were newly displaced in 2014, according to the annual report by the Office … END_OF_DOCUMENT_TOKEN_TO_BE_REPLACED

In 2020 we will take our event to 193 countries and other locations to create the largest world gathering & broadcast to share Peace, … END_OF_DOCUMENT_TOKEN_TO_BE_REPLACED