You are here: Home / Archives for visa 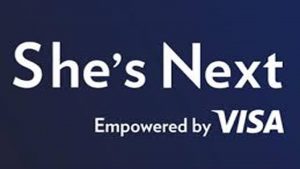 THE MOST FEMALE-FRIENDLY STORY OF BIG GAME WEEK! SEE HOW NFL ALL-PRO SAQUON BARKLEY IS TEAMING WITH A FAMOUS DESIGNER-FEMINIST TO SUPPORT WOMEN BUSINESS OWNERS UNIQUE 'SHE'S NEXT' EVENT CHAMPIONS WOMEN ENTREPRENEURS DURING SUPER BOWL WEEK While the NFL is Focused on Football in Atlanta, Feminists Like Designer Rebecca Minkoff will be Discussing Empowering Women Business Owners Festivities surrounding the Super Bowl will focus the nation's attention on Atlanta next week, but another event in the ATL that will get plenty interest is the She's Next Empowered by Visa Initiative to help women entrepreneurs. The NFL's has made a concerted effort to encourage female fans and improve the league's image in recent years. That's why the new SHE'S NEXT, Empowered by Visa is … END_OF_DOCUMENT_TOKEN_TO_BE_REPLACED

EB-5 Immigrant Investor Program.  Good News speaks to Christopher S. Bentley, Press Secretary U.S. Citizenship and Immigration Services, Department of Homeland Security about EB-5. EB-5 Immigrant Investor Visa Description USCIS administers the Immigrant Investor Program, also known as “EB-5,” created by Congress in 1990 to stimulate the U.S. economy through job creation and capital investment by foreign investors. Under a pilot immigration program first enacted in 1992 and regularly reauthorized since, certain EB-5 visas also are set aside for investors in Regional Centers designated by USCIS based on proposals for promoting economic growth. All EB-5 investors must invest in a new commercial enterprise, which is a commercial enterprise: •    Established after Nov. 29, 1990, … END_OF_DOCUMENT_TOKEN_TO_BE_REPLACED

In 2020 we will take our event to 193 countries and other locations to create the largest world gathering & broadcast to share Peace, … END_OF_DOCUMENT_TOKEN_TO_BE_REPLACED