The 2012 edition of the Gotham Film Festival

You are here: Home / Good News To Go / The 2012 edition of the Gotham Film Festival 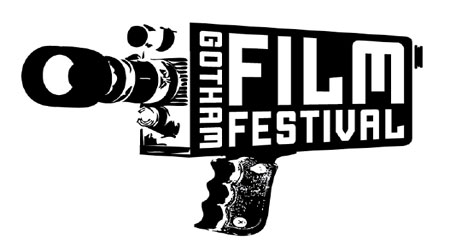 The 2012 edition of the Gotham Film Festival was held at the Friars Club on Wednesday evening, June 12 2012. The full house saw an impressive slate of films. The Documentary category and the Original/Scripted program of 12 finalists consisted of films that were entertaining, inspiring, informative, tantalizing, and whimsical. The winner of the “Express” (under 3 minutes) Documentary was A Portrait of Diana White by the college film student, Victoria DeMartin. The film captures Diana White’s life long passion for ballet in a thoughtful presentation. We see the Diana White of today teaching ballet to enthusiastic youngsters. Ms. DeMartin weaves in footage of ballerina White dancing with the New York City Ballet (NYCB) company as a young featured dancer. The filmmaker is able to capture Diana White’s passion for ballet in revealing interviews. Ms. White glows as she tells of her first meeting with George Balanchine, the renowned leader of NYCB. The ecstasy that ballet has brought to Diana White’s life was captured in this short documentary. In the winner of the Original “Express” film, Sleeping With Mortals, Dante Russo masters the “new genre” of book trailer. His film is a promo for the novel, Sleeping with Mortals by Cathrine Goldstein. Mr. Russo is able to tell us so much about Cadden Jones, the New York mistress, played by Victoria Messing. With his camera and clever editing, the filmmaker reveals both the young woman’s optimism and her depression. Cutting between black and white flashbacks of her past and very colorful scenes of today, Mr. Russo has inspired us to pick up the book or at least wait to see the feature length movie. Ms. Goldstein has sold the film rights for Sleeping With Mortals. The winner of the Documentary “Local” (under 10 minutes) was My Nose by Gayle Kirschenbaum. The film focuses on the question of whether the filmmaker “needs” a nose job to find happiness. Ms. Kirschenbaum’s mother plays the role of the villain as she insists that her daughter has always been damaged by the bump on her nose. The film is able to explore this mother-daughter relationship with both humor and pathos. We see hilarious consultations with plastic surgeons and fascinating interviews with men on the street about the nose. The question of whether the nose job will lead to happiness and marriage is handled cleverly by the creative reaction shots that Ms. Kirschenbaum employed. The opening of the movie with the fifth profile of the filmmaker on Mt. Rushmore promises us a comedic journey. Ms. Kirschenbaum easily delivers the laughs but the movie is so provocative that My Nose is being developed as a full-length documentary. It will surely be an important tool in healing mother-daughter and family relationships. In the winner of the Original “Local”, Inanimate Copject, James Pilott stretches the typical cop-crime genre into a world of fantasy and lunacy. Mr. Pilott is able to bring on the laughs with a clever script that twists cliches and features good performances by his cast. Our hero cop is able to talk to and hear “objects”. The movie opens with a very funny scene of a toaster talking. We quickly switch to a crime scene and see some frustrated detectives. The dialogue is snappy and loaded with cliche bending nuance. Mr. Pilott uses clever special effects to have walls and closets deal with their conflicts while offering clues to the crime. Toilets spew hilarious insights about which contents they can tolerate more easily. The toilet’s clues are uncovered and we find out that the crime involves sex trafficking. The filmmaker keeps the laughs coming as he moves to a typical “cop” bar and has the female cop make her play for our hero. The wit and snappy dialogue has to be heard to be appreciated. According to Mr. Pilott our hero has “chips on both soldiers”, but to us he is loveable. The laughs in viewing Inanimate Copject kept the audience in stitches.