The Water Hour Special, Grado, Italy, the “Golden Island,” stands in a Picturesque Lagoon Amidst a Maize of Small Islands, Click Here for Video…

You are here: Home / Communities / Europe / Italy / The Water Hour Special, Grado, Italy, the “Golden Island,” stands in a Picturesque Lagoon Amidst a Maize of Small Islands, Click Here for Video… 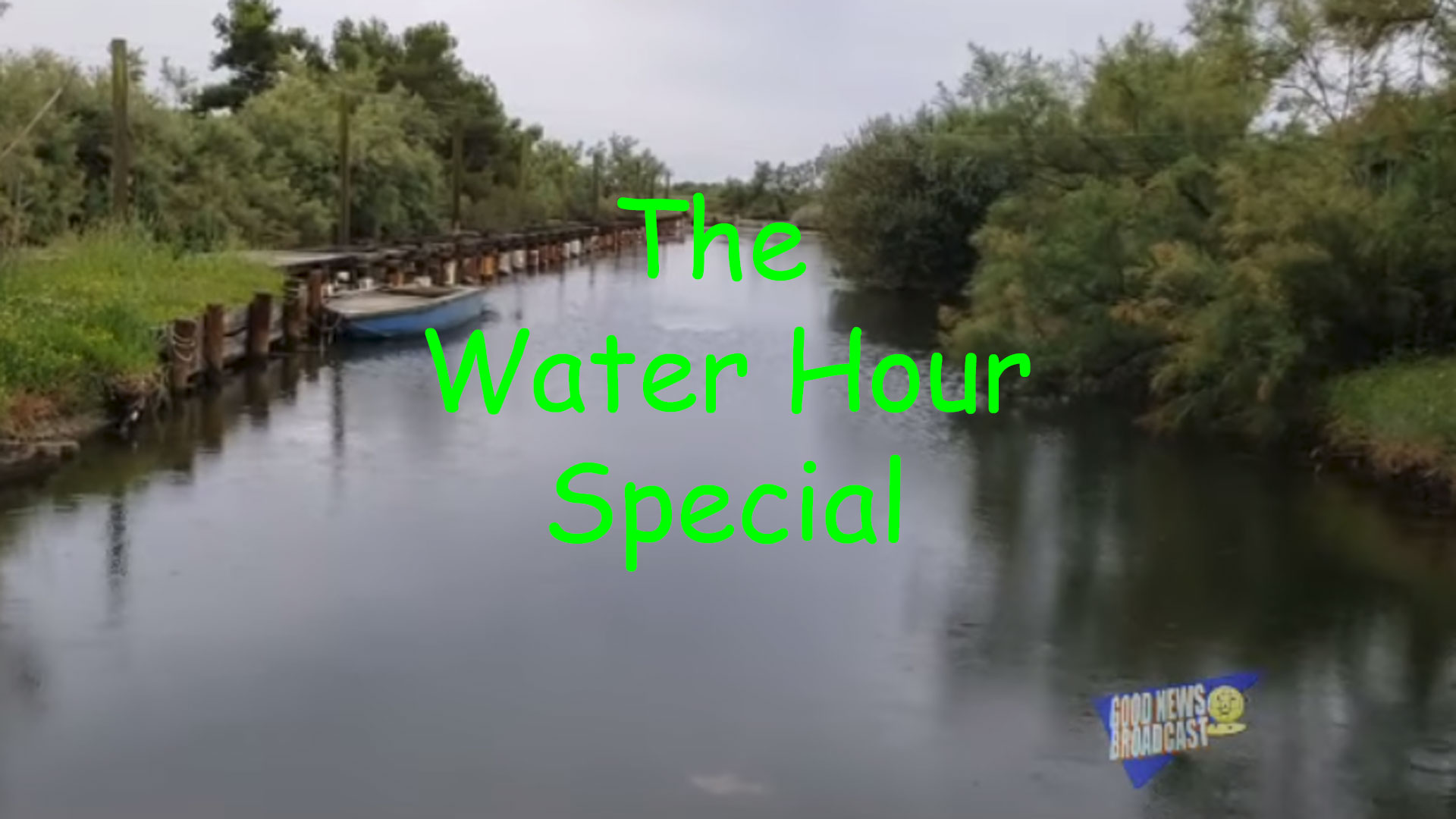 Discover an unexpected Italian Region – Water is at the Heart of Life and part of every part of humanity. People drink, build, play, fish, power with water and so much more. Cherish it.

10.45 am arrival at Venice airport

A driver will be waiting for you at the arrival area.

1/1.30 pm Meeting with Tatjana Familio and Linda Marcuzzi from the Tourist Board and lunch @

A short stroll in the Friulian Dolomites, Unesco World heritage site, to see the extraordinary pinnacle Campanile di Val Montanaia well-known to climbers from all over Europe.

The Friulian Dolomites are the most western mountain area of Friuli Venezia Giulia and include the Valcellina, the Valle del Tagliamento and Val Tramontina valleys. The high degree of wilderness that they still retain means makes them the most untouched area of the entire Dolomites massif.

The Friulan Dolomites are a paradise for hikers and cross-country skiers, fans of nordic walking, climbing and ice climbing. With their skyline that makes you think of a series of churches with their bell towers and the colours of the sunset reflecting on the rock, they are a favourite with photographers. Well-kept paths and trails allow you to cross the eponymous natural park or follow a loop of trails which go from chalet to chalet.

9.00 am check out and departure

Udine is a town with squares of Venetian charm and ancient buildings: from Piazza Libertà, defined as “the most beautiful Venetian square on the mainland”, to Piazza Matteotti (or Herbal) which, all surrounded by porticos, seems to be an open-air lounge; here you can observe the slideshow of ancient and colourful historical buildings which impart the spirit of Udine.
On the hill of the town rises the castle : from its walls you can see the whole city, the mountains all around it, whereas to the south, less than an hour’s drive away, there is the Adriatic Sea.

In the eighteenth century, Udine was the city of Giambattista Tiepolo who reached his artistic maturity here: today, his masterpieces can be admired in the Gallerie del Tiepolo (in the Patriarchal Palace), in the Duomo (Cathedral), and in the Chiesa della Purità. Today, Udine is a city that is open to innovation while tying its image to authentic taverns where one of the most-loved rituals is celebrated namely, the tasting of a goblet of wine (tajut) all in a very human and cordial atmosphere.

7 pm Stroll in Grado and dinner @

Grado, the “Golden Island”, stands in a picturesque lagoon amidst a maize of small islands. Joined to the mainland by a narrow strip of land, has a graceful Venetian style historic town centre where you can wander through the alleyways and squares flanked by picturesquely cluttered fishermen’s houses: a charming world of its own where time seems to have stopped.
In the wonderful setting of “Campo dei Patriarchi” in the “old city” you can admire the early Christian buildings such as the Basilica dedicated to Santa Eufemia, from which top stands the statue of the Angel San Michele (called “Anzolo” and symbol of the city), the Baptistery and the Lapidarium. Moreover, there, you can visit the Basilica dedicated to Santa Maria delle Grazie, the oldest of Grado.

A very relaxing fine-sanded beach, classed as an environmentally protected “Bandiera Blu” beach for many years now. In Grado you will find good quality service with an emphasis on comfort and safety for children, who can play for hours in the shallow, clean and always calm water.
Up to the beginning of the 19th century, the Hapsburg aristocracy used to come here to bathe and use the excellent seaside thermal springs.

9.30 am Boat tour in the Grado lagoon

The lagoon is a spectacular natural setting in which Grado lies in the Adriatic sea.  A small fantastic world, immersed in the calm of nature with the intertwining canals and streams, paths of faith of ancient origin as witnessed by the Sanctuary of Mary of the Island of Barbana, one of the most visited in Italy.
An area rich in history in which archaeological finds reveal the ancient Roman road, now completely covered by water, that connected Aquileia to Grado. And the presence of the casoni, characteristic housing with straw roofs, takes us back to the time they were inhabited by fishermen.
The lagoon is an area fertile in trees, in particular, tamarisk, elm, poplar, junipers and pines, whilst the fauna presents a considerable variety of birds such as gulls, grey herons, wild ducks, sea swallows.

12 am Lunch in the lagoon

Aquileia was an important city of the Roman Empire and then the main centre for the diffusion of Christianity in Northern and Eastern Europe. It has been a UNESCO site since 1998 due to the importance of its archaeological area and the beauty of the floor mosaics that it safeguards. Among them, the largest and most well-known attraction is the Basilica di Santa Maria Assunta, dating back to the fourth century. However, added to this are other precious mosaic remains from the Roman and early Christian ages, which make Aquileia a kind of capital of the Western Roman mosaic.

6.30 pm transfer to Collio wine area
Dress code: casual / casual chic (i.e. a jacket could be useful because of the dinner in the winery)

A special taste of Wine and Dine route of Friuli Venezia Giulia, the new food&wine regional project launched in 2017.
A unique trail, perfectly connecting the Friuli Venezia Giulia coast with its mountains, travelling through its vineyards and hills, and creating a network of regional food and wine resources together with cultural and environmental ones, in order to build a transversal and integrated product to enhance food and wine tourism and make it more accessible for tourists. This is the ambitious goal of the project which brings an important change to the Italian wine tourism world: Friuli Venezia Giulia is in fact the first region in Italy to regulate (art. 6 of the Regional Law 22/2015) the administration of traditional agro-food production, and speciality and quality non-cooked production along with tastings during wine cellar visits.

8.30 am check out and departure

Trieste is the most international city in the region, suspended between a glorious past and the present cosmopolitan city. From the Audace pier to the old Lanterna, there is a succession of sails, antique shop window displays, shops and beautiful buildings: in the distance, one can glimpse the white profile of Miramare, the romantic castle of Maximilian and Charlotte of Hapsburg. A journey to discover the city’s history, literature and art, from the Roman era to medieval wonders, to the Habsburg splendour. The wealth of architectural styles in the palaces in Trieste is remarkable: Neoclassical, Art Nouveau, Eclectic and Baroque, coexisting in a harmonious blend with Roman remains, eighteenth century buildings and Hapsburg style buildings.

Trieste means love of the sea too: people here love going to the sea, and the beach resorts – or ‘bagni’, in local slang – are frequented all the year round, for sunbathing, swimming or just strolling.

5.30 am (timetable to be confimed) Transfer to Venice Airport

A presto in Friuli Venezia Giulia!