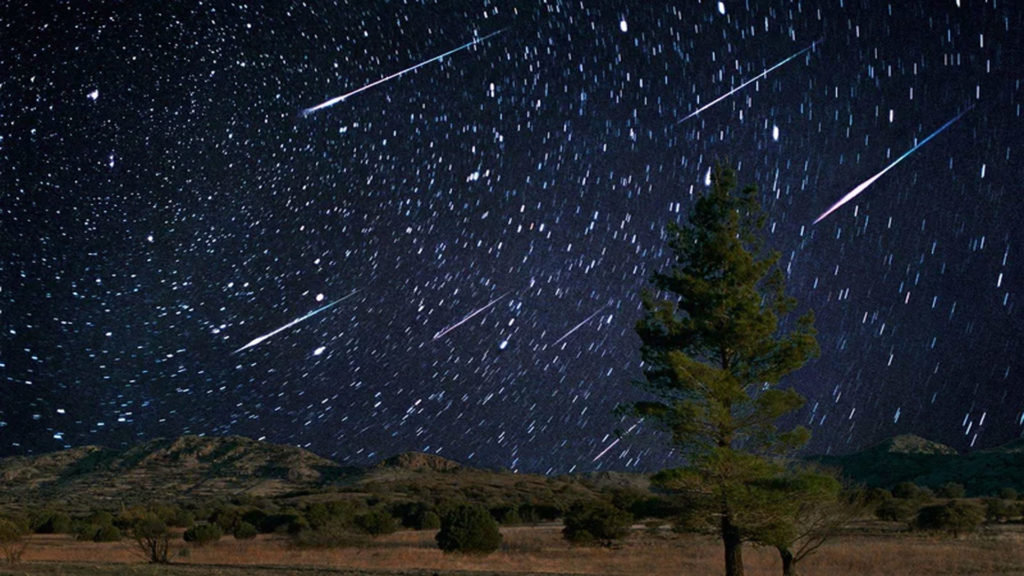 On Friday, November 17, the fantastic annual spectacle of the Leonid meteor shower will hit its peak around midnight. And 2017 will be a particularly special year to view it, since this year the shower coincides with a new moon.

For those of us who are not experts on lunar phases, this means that the lack of light shining from the moon in the sky will make everything especially dark — perfect viewing conditions for a meteor shower. (As long as you’re in an area that doesn’t have a lot of street lights or other light pollution.)

The shower this year runs from November 6 to November 30, but peaks on the night between November 17 and 18. As in, tonight.

According to Space.com, Leonids got their name from the constellation Leo, where it seems like they originate. They’re really just dust and debris left behind Comet 55P/Tempel-Tuttle, which was last seen in our solar system in 1998.

The best way to maximize your viewing experience is to be in a very dark area on a low horizon, such as a State or National Park. And sadly, you can’t be looking at your phone during the meteor shower — the light really impedes your view. Space.com also says that people in the Northern hemisphere will get a slightly better view, though the shower can be observed from both the Northern and Southern hemispheres.

But if you miss the Leonids this year, don’t worry. They will literally be back on the pretty much the same days next year.

Depending on where you live, it’ll likely be a dark and cold night, so stay warm and enjoy the show.

In 2020 we will take our event to 193 countries and other locations to create the largest world gathering & broadcast to share Peace, … END_OF_DOCUMENT_TOKEN_TO_BE_REPLACED