You are here: Home / Good News To Go / Venice Beach The Musical 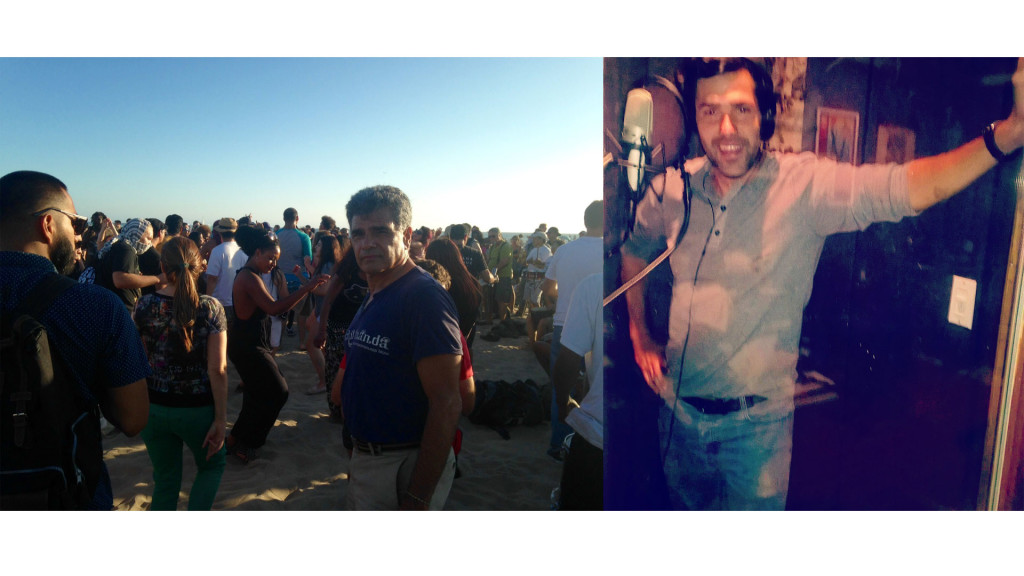 A contemporary musical with various styles of music and dance from hip hop
and rock to standard musical theater about American college graduates trying
to survive in the post-graduate world between 2008 and 2012, a time of
economic recession and high unemployment. Jesse, a native Californian, is
trying to convince three of his mid-western fraternity brothers, Bradley,
Michael, and Steven, to move with him to Venice, California, promise land of
sun, surf, hot girls in bikinis, and plenty of jobs. During their graduation
ceremony at Ohio State University, they express their doubts and concerns
about what’s next after college. At the celebration party that night in
their favorite campus bar, The Stadium Pub, they shake off their fears and
agree to go, encouraged by Joe the Barman to get out of Ohio and pursue
their dreams. They drive together to California in Jesse’s car, where they
lease a beach house in Venice. The boys initially try to keep the college
party lifestyle going. They adopt a new favorite bar, the Sidewalk Café,
where Joe the Barman once again presides. Gradually, however, they face all
the challenges of the adult world, no longer cradled in college campus life,
nor funded and cared for by parents. They must make tough choices regarding
starting their careers, pursuing relationships, making rent, paying off
student loans, discovering self-identity, and ultimately, dealing with
disillusionment when their high expectations, and those of their parents,
don’t meet reality as they learn that success and happiness isn’t always
rewarded simply for individual effort.

Jesse, handsome and charismatic, immediately adopts a player life style
and seems to get whatever he wants. He lands a good job at Merril-Lynch, but
quietly struggles with the heartbreaking loss of his failed writer/artist
father from suicide during his junior year. He also finds that his job in
finance holds no interest for him, nor has he any real aptitude for it at
heart, he’s an actor/singer and a writer himself. He is also frustrated with
his mother, Kay, who, though she loves him dearly, is unintentionally
encroaching on his space in Venice, for she herself moves there in her
transition out of grief, as she strives to reclaim the lost years of her
youth because of marrying so young. Bradley finds an entry level job at
Coldwell Banker real estate, and begins guiltily to enjoy his temporary
freedom from Emily, his fiancé who must stay in Ohio to finish her senior
year. From a distance, she expresses her anquish over his absence, for she
has always placed her music and singing aspirations second to Bradley’s
plans for their future. She believes him when he says he will only be gone
for the summer, but when he informs her he wants to stay longer, she is
heartbroken. Michael, a talented architect and former fraternity president,
is hired at Cunningham, a prestigious architecture firm, and begins to
pursue Sarah, his hard-driving, slightly older project manager. He
gradually discovers he doesn’t like his work, nor does he feel comfortable
with Sarah. Ultimately, he meets Kenny, a gay art teacher and yogi, who
helps him to -come out- and re-discover his love for painting. Steven, a
tough, Irish Catholic from the working class farming community of
Youngstown, also majored in architecture, but is unable to get hired, so he
begins waiting tables to pay his portion of the rent. He sees Marika, a
beautiful Eur-Asian yoga instructor with several tattoos, and joins her yoga
class on the beach. They begin to date, and through her influence, he
discovers a deep interest in yoga and a desire to be health conscious, all
the while covering himself in tattoos. Marika has always distrusted men due
to her father’s early abandonment, but her unlikely relationship with Steven
becomes, surprisingly, the most stable one of the group. Things change for
Jesse when he reconnects with an old musical theater friend and high school
prom date, Rose, now an eclectic, Bard educated woman living in Mexico.
Jesse begins to fall in love again, but Rose’s fierce independence and
desire to explore the world causes her to avoid his romantic advances,
though not necessarily his sexual ones. The Boys fun Venice Beach life
begins to unravel during a crazy, alcohol and drug-filled Halloween party,
where Bradley cheats on Emily with Sarah. Michael confronts Bradley over his
disloyalty, and Bradley accidently –outs- him as a defense for his actions.
As winter 2009 arrives, the boys see that the party is over and so they
decide to go their separate ways. Bradley returns to Ohio but Emily refuses
to take him back. She now has plans to go to NY and attend graduate school
for music. In May 2009, as they are all moving out of the Venice Beach
house, Bradley, shattered by losing Emily, as well as his job at Coldwell
Banker, and facing the prospect of moving back in with his parents in Ohio,
attempts to take his own life with pills. Jesse is shaken by his friend’s
act, especially since the experience of his father’s suicide is still so
painful. Jesse has also been let go at Merrill Lynch, which is downsizing.
When Rose leaves for Africa to work for the Peace Corps for two years, it
becomes clear that they will remain -just friends- and nothing more. She
says goodbye to him on Venice Beach, leaving him alone, loveless, jobless,
hopeless, wondering what he’s going to do. At that moment, his father
appears to him (or is it simply Jesse’s subconscious) to talk with him he
gives him the advice and guidance he’s been needing for some time.

One year later, June 2010, Jesse moves to New York to reclaim the acting and
singing aspirations he once had and then temporarily abandoned. Bradley is
back in Ohio, Steven is living with Marika in Venice and Michael with
Kenny in West Hollywood. Having kept in touch with Emily over the years,
Jesse responds to her facebok invitation to go and see her sing a set at The
Bitter End club in N.Y. She has found her voice, and is pursuing her singing
career. At the club, Jesse finds himself attracted to her, and after the
show, they lament about how things were when they were kids, how they were
led to believe by everyone that they were special, that fate had great
things in store for them, but they now know that life is much more
complicated than that. The Bitter End seamlessly transforms into the
Sidewalk Café back in Venice Beach where they join the old gang who have all
come together again. Only now, it is two years later, June 2012, and The
Boys, Kenny, Marika have come together for Jesse and Emily’s wedding to
occur on Venice Beach the following day. Joe the Pastor officiates the
wedding. He urges them to enjoy life and love while they can, but work to
make it last. At the ceremony, The Boys once again express their angst over
what’s next, for they still don’t know for sure what the future holds for
them. But they have come to understand that they must simply continue on
doing the best they can to learn, to live, to love, to work, and to grow.

A Benefit for the J. Luce Foundation Launch of Its Hellenic Fund, Nov 4th, 6-9pm
Next Post: Holiday Lights in Brooklyn – Joy and Peace to the world