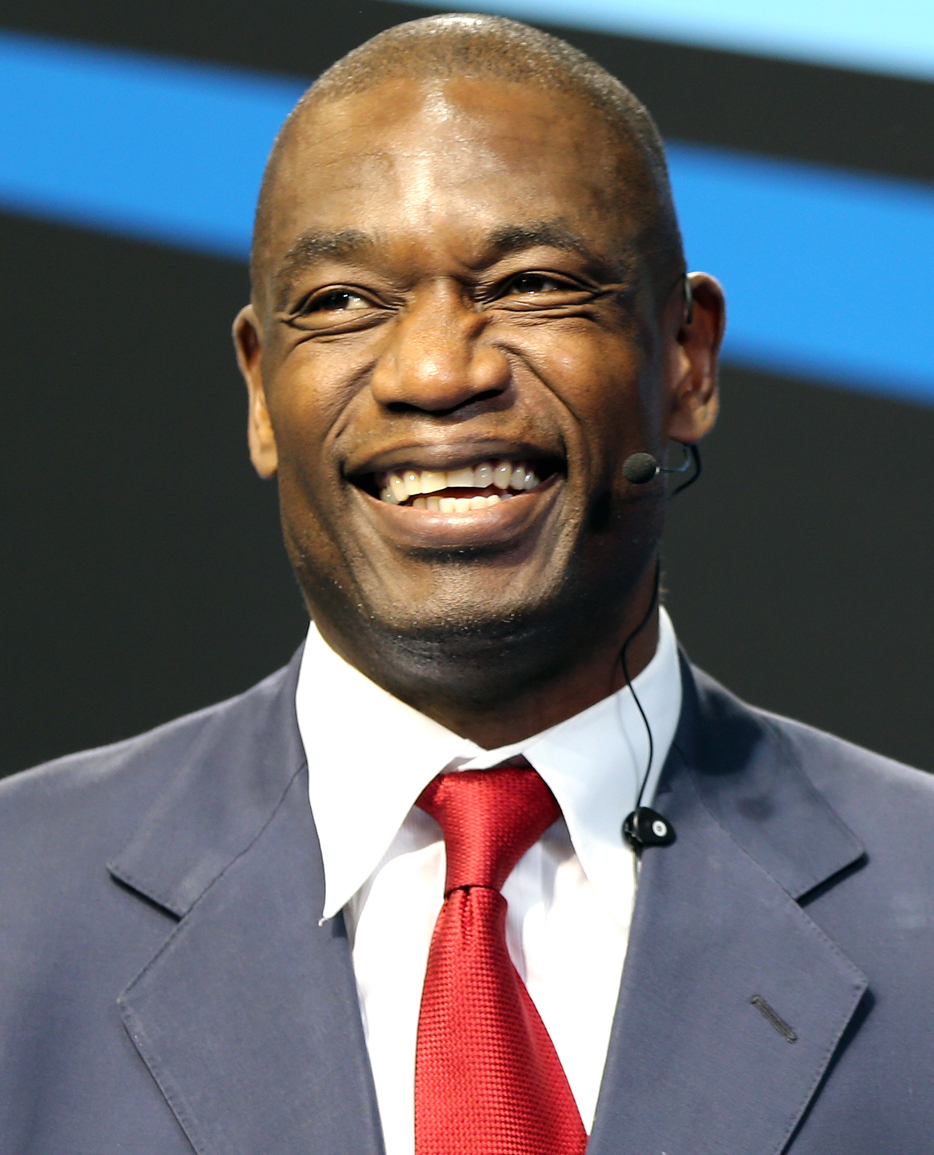 RECIEVES AN AWARD AT THE NBA AWARDS.GOOD NEWS GUY!!!

(born June 25, 1966), better known as Dikembe Mutombo, is a Congolese American retired professional basketball player who played 18 seasons in the National Basketball Association (NBA). Outside basketball, he has become well known for his humanitarian work.

The 7 ft 2 in (2.18 m), 260-pound (120 kg; 19 st) center, who began his career with the Georgetown Hoyas, is commonly regarded as one of the greatest shot blockers and defensive players of all time, winning the NBA Defensive Player of the Year Award four times; he was also an eight-time All-Star. On January 10, 2007, he surpassed Kareem Abdul-Jabbar as the second most prolific shot blocker in NBA history, behind only Hakeem Olajuwon. He averaged a double-double for most of his career, and is 12th all-time in career double-doubles and tied for second all-time in career triple doubles involving points, rebounds and blocks.

At the conclusion of the 2009 NBA playoffs, Mutombo announced his retirement. On September 11, 2015, he was inducted into the Naismith Memorial Basketball Hall of Fame.