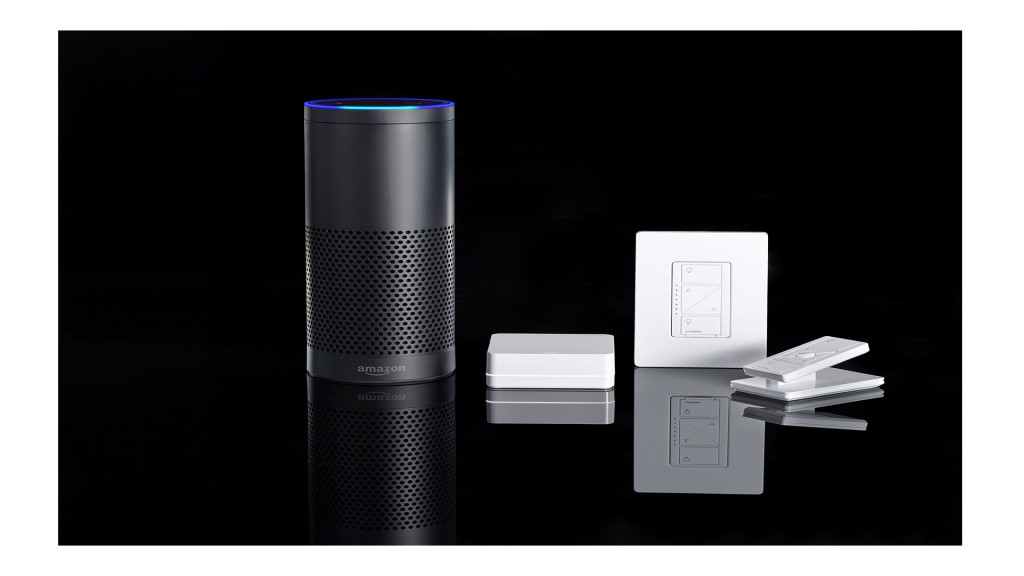 Voice commands will turn lights on, off, or to a preset level

The integration of Caséta Wireless with Alexa-enabled devices is an ideal match – Alexa-enabled devices are used in the areas where people spend the majority of their time, like the family room and kitchen. Whether you’re watching TV, helping the kids with homework or crafts, or enjoying a quiet dinner, all of these events are more relaxing and comfortable in the right light, which can be easily controlled by the sound of your voice or the tap of a button.

“Asking Alexa to control your lights is undeniably powerful and can simplify things like coming home with arms full of kids, pets and groceries,” said Matt Swatsky, director of product management at Lutron, who also noted the product’s usefulness to the aging in place community.

“For some people, this technology restores the freedoms once taken for granted – like freely moving about to alter the lights. Smart home products are not just about the wow factor anymore – they’re about changing peoples’ lives.”

Introduced in 2014, the reliable, affordable Caséta Wireless has helped homeowners and professionals alike overcome two common smart home lighting hurdles – compatibility with LEDs and installation challenges. Due to its unique dimmer design, a neutral wire is not required for in-wall installation – a challenge faced by people living in homes built before 1965. Not needing a neutral wire saves homeowners the cost and hassle of adding one.

And according to Swatsky, the system’s powerful Pico remote, which can be mounted to a wall without wiring or affixed to a tabletop pedestal, is ideal for times when talking to Alexa just isn’t possible, like when kids are sleeping or you’re in the middle of an important phone call. “Lutron has worked hard to make sure all situations are covered,” he said.

Where to Buy Caséta Wireless

In addition to Caséta Wireless plug-in and wall-mounted dimmers, the Caséta Wireless smart bridge must be connected to the home’s Wi-Fi router to work with Alexa. And like all Lutron products, Caséta Wireless is backed by Lutron’s 24/7 U.S.-based technical support.

Founded in 1961, Lutron Electronics is headquartered in Coopersburg, Pennsylvania. From dimmers for the home, to lighting management systems for entire buildings, the company offers more than 15,000 energy-saving products, sold in more than 100 countries. In the US alone, Lutron products save an estimated 10 billion kWh of electricity, or approximately $1 billion in utility costs per year. The company’s early inventions— including the first solid-state electronic dimmer invented by Lutron’s founder, Joel Spira—are now at the Smithsonian’s National Museum of American History in Washington, DC.