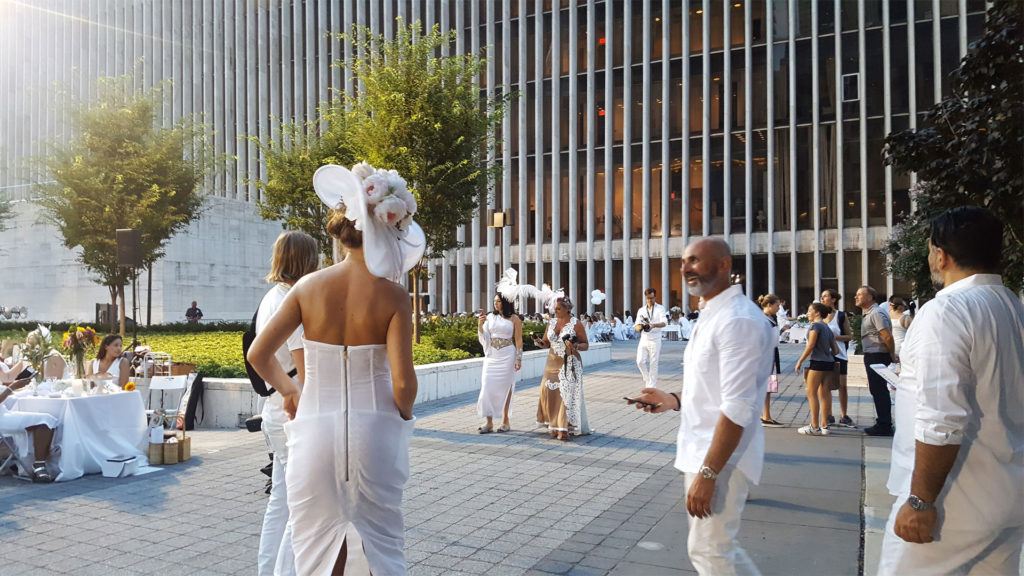 White Parties are circuit parties at which the standard attire is all or almost all white. The White Party theme of having its participants wear all-white clothing is because white stands for purity and because white is elegant, non-political, non-combative and makes people looks plain beautiful.[citation needed] In the United States, White Parties have taken place in Chicago, New York City, Miami, Palm Springs, California, and other cities. Other White Parties have taken place in Montreal, Rome, Gothenburg, and Hong Kong. The events are generally independent of each other.

The New York City White Party was first held at the private gay disco “Flamingo” on Broadway and Houston, on Presidents’ Day weekend. The white theme derived from the snow often to be found that time of year. It was then adopted by the East Village disco “The Saint” during the month of February of each year usually coinciding with the full moon. Dress requirement was always white. After the closing of “The Saint” in 1988, The White Party became the norm for other cities around the country in the current circuit party system to host such events.

PEACE OUTside Campus Broadcast Newsletter
Next Post: The Women 2018 March in New York City was a major success for Freedom and Peace for woman.. Good News stands for respect for woman