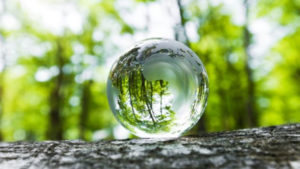 World Environment Day (WED) occurs on the 5th of June every year, and is the United Nation’s principal vehicle for encouraging awareness and action for the protection of our environment. First held in 1974, it has been a flagship campaign for raising awareness on emerging environmental issues from marine pollution, human overpopulation, and global warming, to sustainable consumption and wildlife crime. WED has grown to become a global platform for public outreach, with participation from over 143 countries annually. Each year, WED has a new theme that major corporations, NGOs, communities, governments and celebrities worldwide adopt to advocate environmental causes.

World Environment Day [WED] was established by the UN General Assembly in 1972 on the first day of the Stockholm Conference on the Human Environment, resulting from discussions on the integration of human interactions and the environment. Two years later, in 1974 the first WED was held with the theme “Only One Earth”. Even though WED celebration have been held annually since 1974, in 1987 the idea for rotating the center of these activities through selecting different host countries began.

For almost five decades, World Environment Day has been raising awareness, supporting action, and driving change. Here is a timeline of key accomplishments in WEDs’ history:

The theme for 2018 is “Beat Plastic Pollution”. The host nation is India. The theme for the World Environment Day 2018, “Beat Plastic Pollution”. By choosing this Theme, it is aimed that people may strive to changes in their everyday lives to reduce the heavy burden of plastic pollution. People should be free from the over-reliace on single-use or disposables, as they have severe environmental consequences. We should liberate our natural places, our wildlife – and our own health from plastics.

for more info, go to https://en.wikipedia.org/wiki/World_Environment_Day

In 2020 we will take our event to 193 countries and other locations to create the largest world gathering & broadcast to share Peace, … END_OF_DOCUMENT_TOKEN_TO_BE_REPLACED