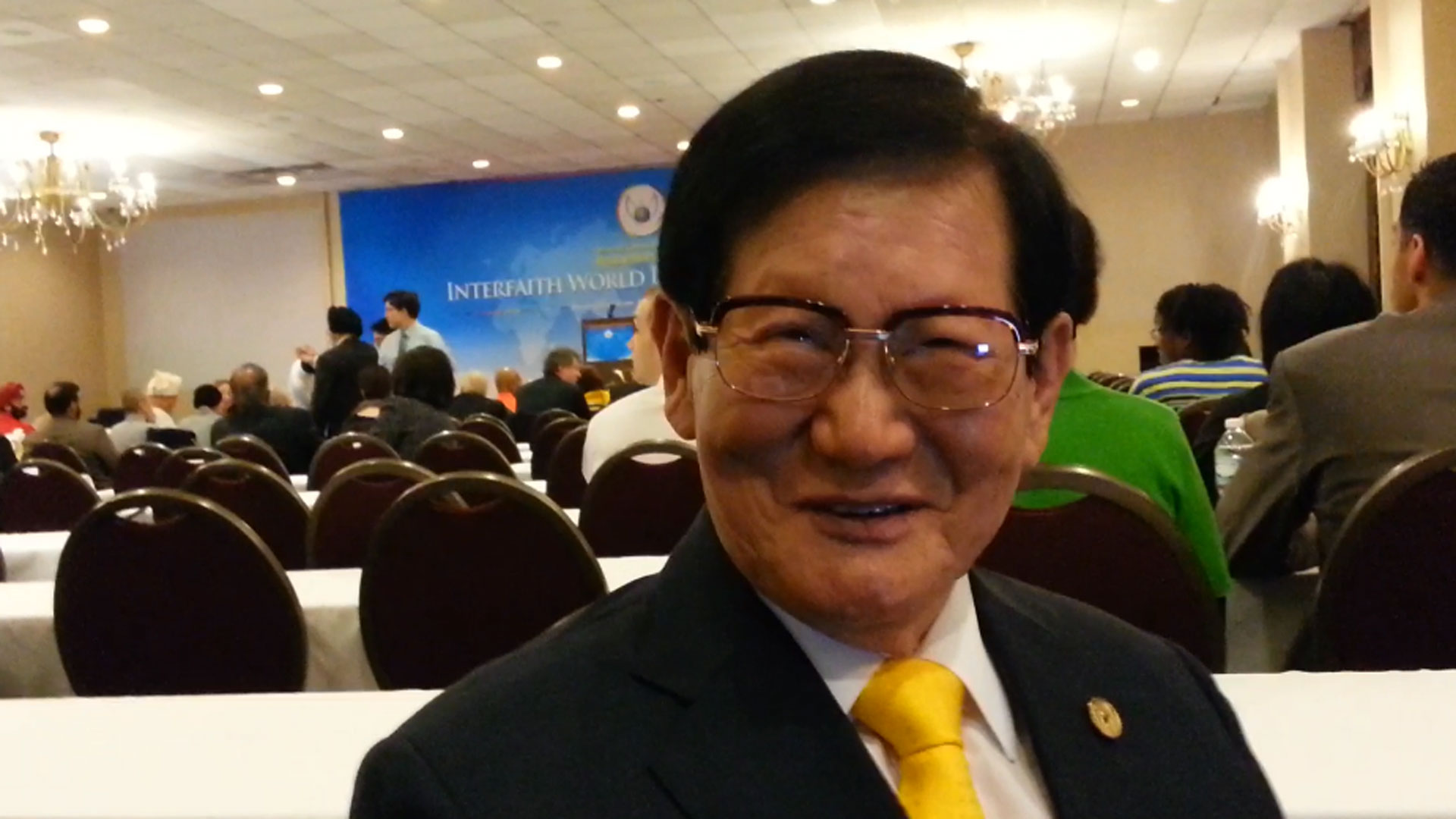 Heavenly Culture, World Peace and Restoration of Light (HWPL) hosted the Interfaith World Peace Conference event on Thursday, May 15th  10:00AM to 12:30PM, 2014 at Hotel Pennsylvania Skytop Ballroom 18th Chairman Lee, 84, is an internationally acclaimed religious lecturer and peace activist who has been featured in interviews with NBC, FOX, CBS, Azteca America and Telemundo for his campaign of peace in religion. As the Chairman of HWPL (one of the largest international NGO’s working to advance peace initiatives through culture, arts, religion and policy), he has traveled to over 72 countries in the last two years at the invitation of world presidents, high religious officials, and youth organizations to share his message of peace.

The 2014 New York Interfaith Peace Conference was a multi-faith symposium that gathered diverse religious leaders across the East Coast for the theme of ending religious conflict and beginning a new generation of peace. Ibrahim Sayar, Interfaith Director of the Peace Islands Institute, Brad Hirschfield, president of the National Jewish Center for Learning and Leadership and Swami Parameshenanda, leader of the Bharat Sevashram Sangha of New York were some of the attendees and speakers at the event. The program featured a historic peace agreement signing, diverse cultural performances, and a keynote message from Chairman Lee.

Chairman Lee flew in to New York as a part of his 10th peace talk discussions with religious and political leaders. Following the Interfaith Peace Conference, he met with over 25 ambassadors and U.N. delegates at the Permanent Mission of Nigeria in light of recent conflicts in Nigeria sparked by religious tensions.

The conference was also held for those who have expressed their commitment to attend and promote HWPL’s finale event, the World Alliance of Religions for Peace Summit in Seoul, South Korea. The summit, taking place in autumn, is a worldwide conference to gather religious and political leaders for peace. International media outlets are invited to attend.