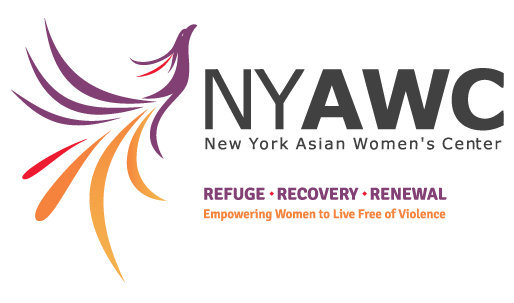 (New York, NY – October 27, 2016) Themed “Brightening Our Future Together,” the New York Asian Women’s Center (NYAWC) Phoenix Awards will honor author Sheryl WuDunn, the first Asian American reporter to win a Pulitzer Prize, at its benefit gala in Manhattan next week.
NYAWC is the largest Asian American domestic violence organization in the country; a premier human trafficking serving organization; and, a national demonstration project that provides model services to sexual assault survivors. For 34+ years, NYAWC has helped women and their children overcome domestic violence, human trafficking, sexual violence and other forms of abuse by empowering them to govern their own lives.

“Over the last year and a half, we have witnessed 50% growth, both in the size of our staff and budget,” said Board Chair Karen Elizaga. “Over the next year, as we approach 35, we envision even more growth. We have the courage to think bigger and to believe that not only can we serve our clients directly to support the now 1,400 women and children who come through our doors, but that we can do work to affect systemic change.”

Sheryl WuDunn, the first Asian American reporter to win a Pulitzer Prize, is currently a co-founder of FullSky Capital, where she advises socially driven for-profit ventures, along with ventures in education, healthcare, new media technology, among other fields. She also is a senior managing director at Mid-Market Securities, a small banking boutique helping growth companies.
Sheryl also helped develop a multi-platform digital project for Half the Sky and helped raise $8 million for the multi-platform endeavor, which included a PBS Documentary (Fall 2012) that reached millions of viewers, a Facebook game (Spring 2013) that reached #9 in its first two weeks, mobile games and educational videos.
In 2012, Sheryl was selected as one of 60 notable members of the League of Extraordinary Women by Fast Company magazine. In 2013, she was included as one of the “leading women who make America” in the PBS documentary, “The Makers.” She was also featured in a 2013 Harvard Business School film about prominent women who graduated from HBS.
She was a foreign correspondent based in China for The Times and is co-author with her husband, Nicholas D. Kristof, of A Path Appears: Transforming Lives, Creating Opportunity (Knopf, September 2014), Half the Sky, China Wakes and Thunder from the East.

“Broken Wings” is a song recorded by American pop rock band Mr. Mister. It was released in September 1985 as the lead single from their second album Welcome to the Real World. The song peaked at number one on the Billboard Hot 100 in December 1985, where it remained for two weeks. It was released as the band was just about to embark on a US tour opening for Tina Turner. The song peaked at number four in the United Kingdom, the highest chart position the group ever achieved in Britain. Broken Wings became the first of two consecutive number ones of the band on the American charts, the other top single was “Kyrie”.