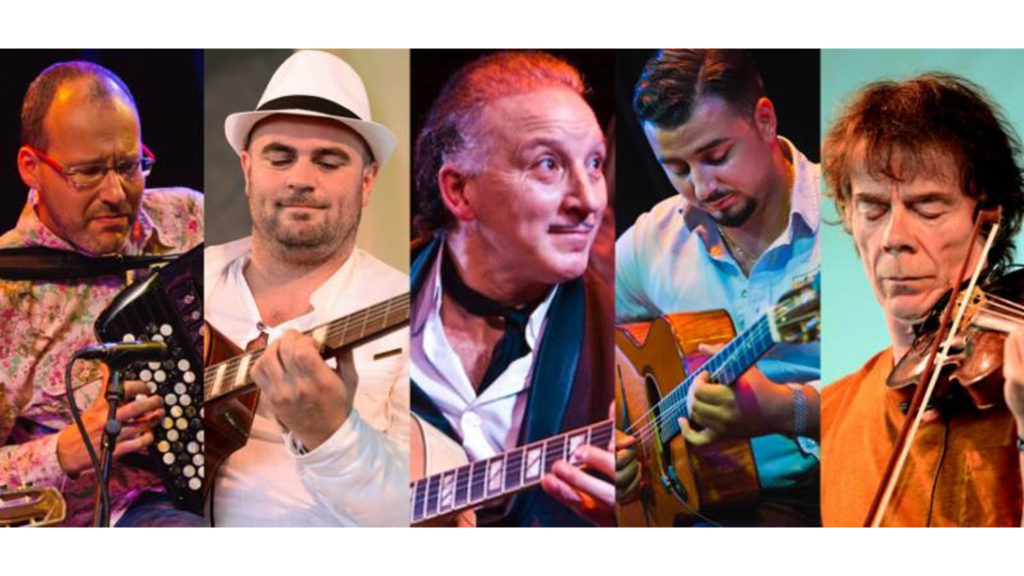 The Django Reinhardt NY Festival launched in 2000 at Birdland is in it’s 18th year. Out of the Festival came the top players, The Django Festival Allstars, who tour 2X a year and always spend a week at their home in the US, BIRDLAND. On the road, to standing ovations, they play top venues -Hollywood Bowl, San Francisco Jazz Festival, Kennedy Center, Montreal Jazz Festival and much more with original music in the style and Django favorites. This past summer at the Playboy Jazz Festival at the Bowl, critic Scott Yanow wrote “highpoint of the entire festival” !

Dad, DORADO SCHMITT, started performing in NY in 2002 when SAMSON was 21 and AMATI 5, all grown up now and together on the Birdland stage for the first time. It’s a family dynasty of enormous talent that comes from the soul of gypsy life where music is God, joined by virtuoso accordionist LUDOVIC BEIER and Grappelli protégé, PIERRE BLANCHARD, on Violin. They will put you on the edge of your seats with joy, smiles, shock you with their hot #’s and break your heart with a ballad, joined by gypsy cousin, Francko Mehrstein, on rhythm guitar and Gino Roman on Bass.

Special guests include the young great saxist Grace Kelly on Nov. 7, 8, and 11 and top swinging clarinetist Ken Peploski on Nov. 9 and 10. For a change of pace, newcomer Chris Smith will be on drums on Nov. 12th.

The music harkens back to the 30’s and 40’s in France to the Hot Club Quintette of Django and Grappelli, romantic days in ‘ol Paris with swing music in the dance halls and streets while campfires lit up the sky on the outskirts of Paris with gypsy life. Music and family was and still is King ! Hot Jazz has more than survived, is vibrant and causing a sensation all over the country.

The musicians will again be on tour as well (see schedule below) and at their NY home, Birdland Nov. 7-12 before returning home to Paris and gypsy community Forbach, France, near Germany. It’s real, it’s romantic, it’s exciting…let your heart lead the way. The Festival was co-founded by Maestro Ettore Stratta.