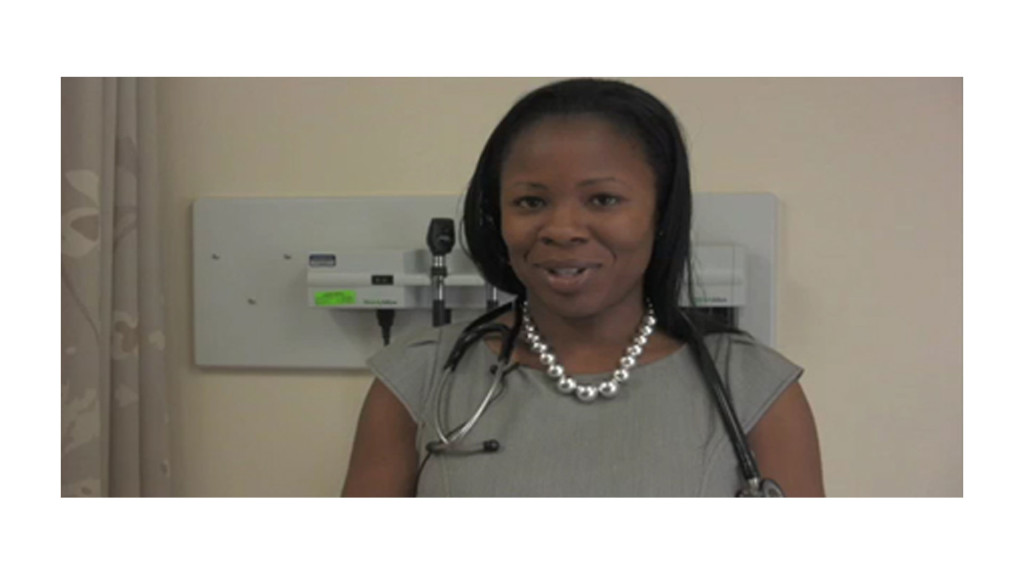 Since 1972, Community Health Center, Inc. has been one of the leading healthcare providers in the state of

underserved populations. CHC is focused on improving health outcomes for its more than 130,000 patients,

Dr. J. Nwando Olayiwola is a family practice physician and

(CHCI).  In this role, she is responsible for the supervision and

practitioners and other providers. She is also the medical

leader for the organization, coordinating clinical care, research and

Dr. Olayiwola has served as a clinical instructor of family medicine at the University of Connecticut School of Medicine and is currently a preceptor in CHCIs Nurse practitioner residency program. She is the founder and CEO of GIRLTALK, Inc, a non-profit organization in New York City that provides HIV/AIDS education and prevention to minority adolescent girls in high-risk areas. In June 2005, she was selected to become a member of the Minority Women’s Health Panel of Experts of the Office on Women’s Health (OWH) of the Department of Health and Human Services, a national committee dedicated to ensuring that minority women’s issues are incorporated into OWH initiatives.  Respected as a leader in primary care innovations and transformations, she is also a member of the Electronic Health Record Innovation Collaborative of the Institute of Medicine and Office of the National Coordinator, the Health Disparities and Equity Advisory Committee of Connecticut’s Sustinet Health Plan, the Connecticut Department of Public Health Advisory Committee on Chronic Diseases and the Connecticut Department of Social Services’ Patient-Centered Medical Home Provider Advisory Committee.  At CHCI, she chairs the Medical Quality Improvement Committee, the Institutional Review Board, and co-Chairs the Electronic Health Records Superusers Group and the Meaningful Use Committees.  She has been a leader in harnessing technology to increase access to care for underserved populations and is a renowned speaker and scholar in the areas of health disparities, women’s health and health information technology.  She has published in numerous peer reviewed medical journals, including: the Journal of Healthcare for the Poor and Underserved, Diabetes Spectrum, The Female Patient, The Pharmacy Journal of New England, Obesity Research, the Journal of the American College of Surgeons, and Connecticut Medicine.

She is also a national spokesperson for the Recess Rocks™ campaign to prevent childhood obesity and has served as a voice for the Text4baby® national program to improve health education during and after pregnancy.  In these roles, she has participated in a national radio tour and numerous television online and print interviews, reaching more than 14 million people across the country.

Since 2007, Dr. Olayiwola has been named one of America’s Top Family Doctors by the Consumers Research Council of America annually. She received the Excellence in Medicine Leadership Award from the American Medical Association in March 2005 and was honored as a Fellow of the American Academy of Family Physicians in October 2007. In October 2008, she was one of three physicians in the nation to receive the Emerging Leaders Award from the Family Medicine Education Consortium and the Society for Teachers of Family Medicine and in September 2009, she received the William Oxley Thompson Award for Early Career Achievement from the Ohio State University Alumni Association.  In the summer of 2011, Dr. Olayiwola was named one of the Top 40 Physicians Under 40 by the National Medical Association and was also named as one of the Top 100 Buckeyes You Should Know by the Ohio State University Alumni Association.

In 2020 we will take our event to 193 countries and other locations to create the largest world gathering & broadcast to share Peace, … END_OF_DOCUMENT_TOKEN_TO_BE_REPLACED