Five Words That Can Change the World

You are here: Home / Good News To Go / Five Words That Can Change the World 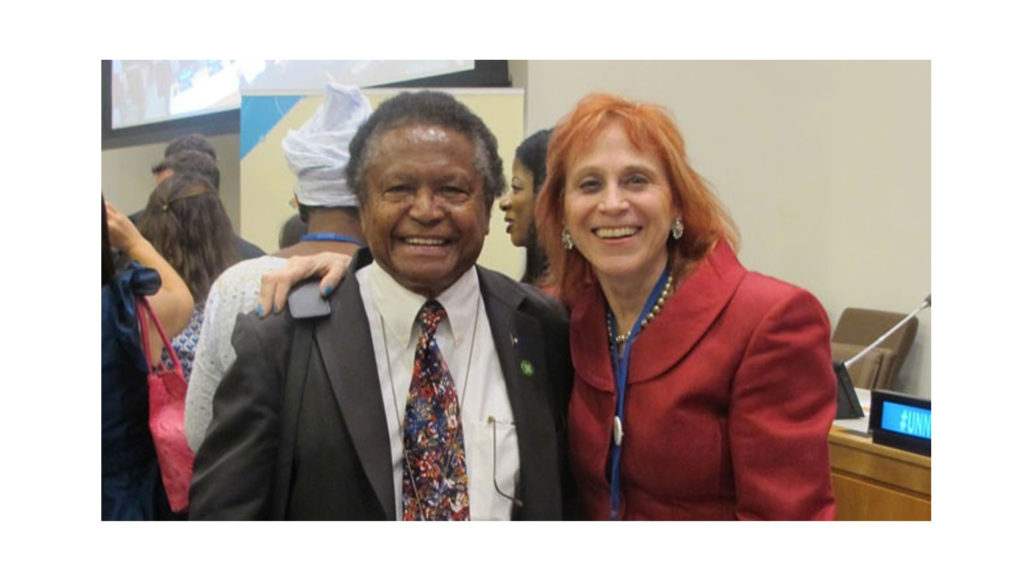 Making people happy has been a life goal for Judy Kuriansky since she was eight years old. Now, in her role as chair of the Psychology Coalition of NGOs (non-governmental organizations) at the United Nations nearly 60 years later, she has the chance to do that for the world quite literally.
In July, the member states of the United Nations voted to include mental health and well-being into its proposed Sustainable Development Goals, slated to begin in 2015.
In September each year, the world’s leaders gather in New York at UN headquarters for the General Assembly. This year, the 193 member nations moved closer to finalizing the process of adopting the new Sustainable Development Goals, which will reach a final vote next year when the Millennium Development Goals expire. Among the seventeen goals now on the table for countries to attempt to attain by the year 2030, are to eradicate poverty and hunger, to achieve gender equality and quality education, and, for the first time — thanks to the leadership of Kuriansky and her partnership with UN Ambassador of Palau, Dr. Caleb Otto — to promote mental health and well-being.
Dr. Judy Kuriansky
Dr. Judy Kuriansky
Judy Kuriansky — a native New Yorker, clinical psychologist, Columbia University professor, television commentator, radio talk show host, and author of several books — has been at the helm of advocating for this milestone for the last 12 years, serving as the main representative to the UN of two psychology-related NGOs, and then stepping forward two years ago to chair the psychology coalition. In that role, she worked with representatives of governments around the world and served as a key civil society negotiator to advocate for the inclusion of mental health and well-being amongst the other very lofty goals for a better future for the world.
An estimated 450 million people globally are suffering from mental health challenges, many from depression, with resulting widespread discrimination that makes them vulnerable to violence, exploitation, physical and sexual abuse, malnutrition, illness and even death.
“Many people around the world struggle to get the treatment they need and can’t afford,” said Kuriansky. “The inclusion of mental health and well-being in the world’s plan for development promises to help so many of those people who are suffering everywhere, as 193 countries will now look to these goals to determine their programs and policies.”
Dr. Kuriansky believes that the five words now included in the new global agenda — “promote mental health and well-being” — will change the world.
She sees her role as an advocate as fitting within the Jewish tradition of doing good for others. Growing up with a father who was a dentist in the Army and a mother who was a teacher, her worldview was a broad one, setting the stage for her being aware of international issues and the needs of others. With degrees from Smith College, Boston University and New York University, Kuriansky has had a long, rich and varied career, working as a relationship counselor and pioneer sex therapist, doing research on schizophrenia and depression, writing books on personal relationships as well as the Israeli-Palestinian conflict, helping disaster victims around the world, and founding a peace band. But she is most proud of her work on the UN’s Sustainable Development Goals.
The many crises in the world likely played a role in the broad support she received from countries all over the world in her campaign.
“Delegates I spoke with from every continent understood that natural disasters such as earthquakes and floods, climate change, and all of the other world problems — poverty, refugees, disease, unemployment and poor education — are related to emotional issues.”
Kuriansky’s work will continue this year, shoring up attention to the issue. She will focus on connecting stakeholders from the public and private sectors to work together, and mobilizing psychology organizations around the world to work with their governments.
“Grassroots people and NGOs will be energized,” Kuriansky said, “and governments of many countries will start to pay more attention to mental health programming and policy, which means services to people will improve and funding will have to be allocated. I’ll be working hard with many groups to connect the dots, so that these five words will help people have a better future.”

On the Cusp of a Major Climate Milestone!
Next Post: Renee Mehrra Shares Good News with Us – She is a “Do Gooder”