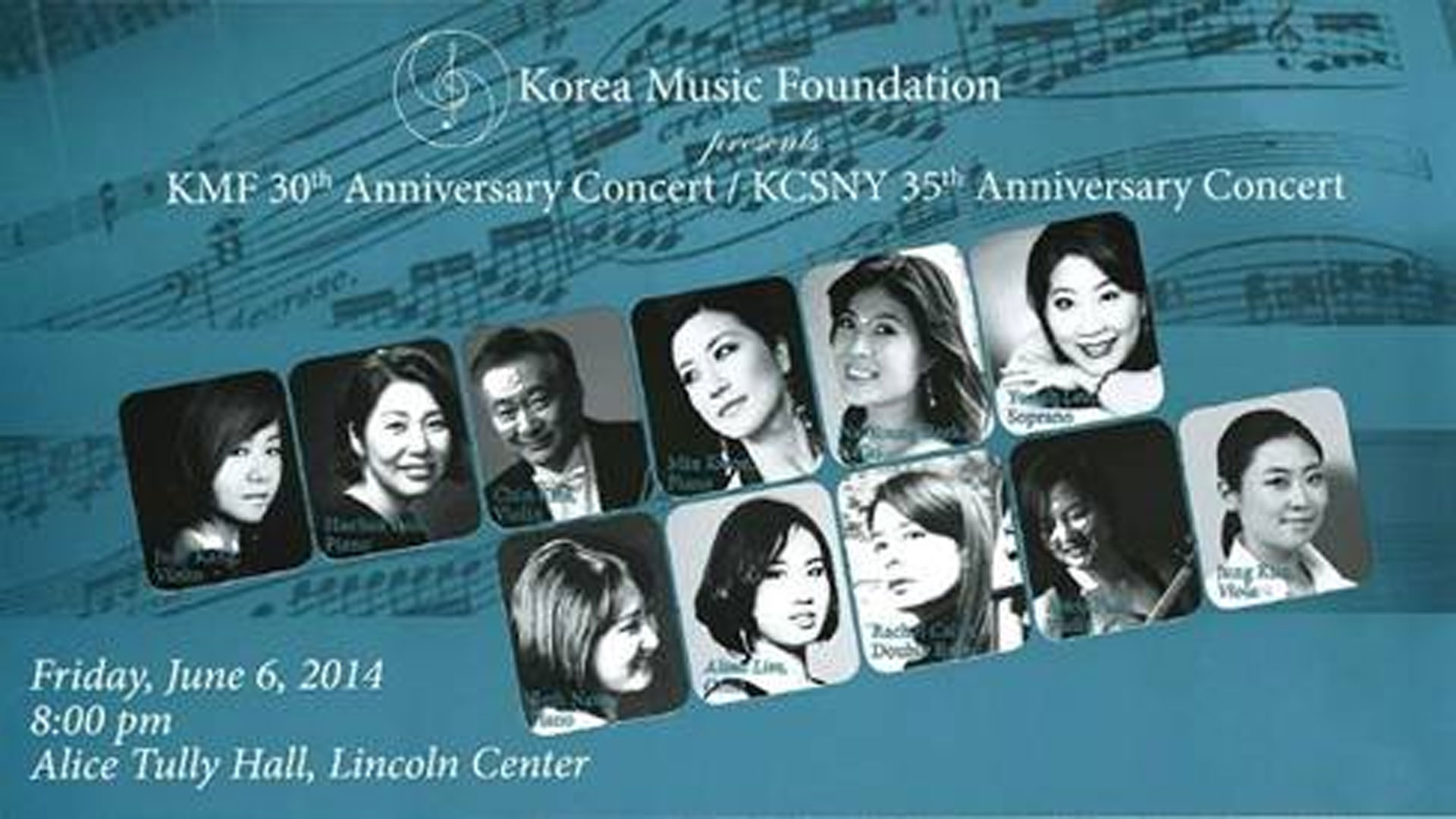 We are honored to cordially invite you to the “KMF 30th Anniversary Concert,” also celebrating KCSNY’s 35th Anniversary, that will take place at Alice Tully Hall, Lincoln Center on Friday, June 6th at 8 PM. This concert is specially presented by the Korea Music Foundation and sponsored by the Korean Cultural Service NY.

The Korea Music Foundation (KMF) was founded in the State of New York as a non-profit organization in 1984. Since it’s inception, the foundation has presented over 300 solo New York debut recitals at Weill Recital Hall at Carnegie Hall and Merkin Concert Hall; seven orchestra and chamber ensemble’s debut concerts at Alice Tully Hall, Lincoln Center and has presented established artists in concert for fundraising events at Alice Tully Hall, Lincoln Center. These artists include, Kun-Woo Paik, Dong-Suk Kang, Young Uck Kim, Alissa Park, HaeSun Paik and Daejin Kim. In 1999, KMF inaugurated a chamber music series at the Korean Cultural Service New York and has presented over 400 musicians at this venue. Since 2001, KMF launched the KMF Virtuoso Concert Series at Alice Tully Hall at Lincoln Center, presenting over 40 international musicians in chamber music concerts.

To RSVP, please contact the performing arts manager, Mr. Young Hwan Choi preferably by email at performingarts@koreanculture.org or by phone at 212-759-9550 (x205). He is currently able to reserve two to four complimentary tickets in your name. Please reserve your place by 5PM on May 23rd.

We look forward to seeing you at the concert.