Larry Dee Wilcox – Star of Chips as Jon Baker and so much more Good News!

You are here: Home / Good News To Go / Larry Dee Wilcox – Star of Chips as Jon Baker and so much more Good News! 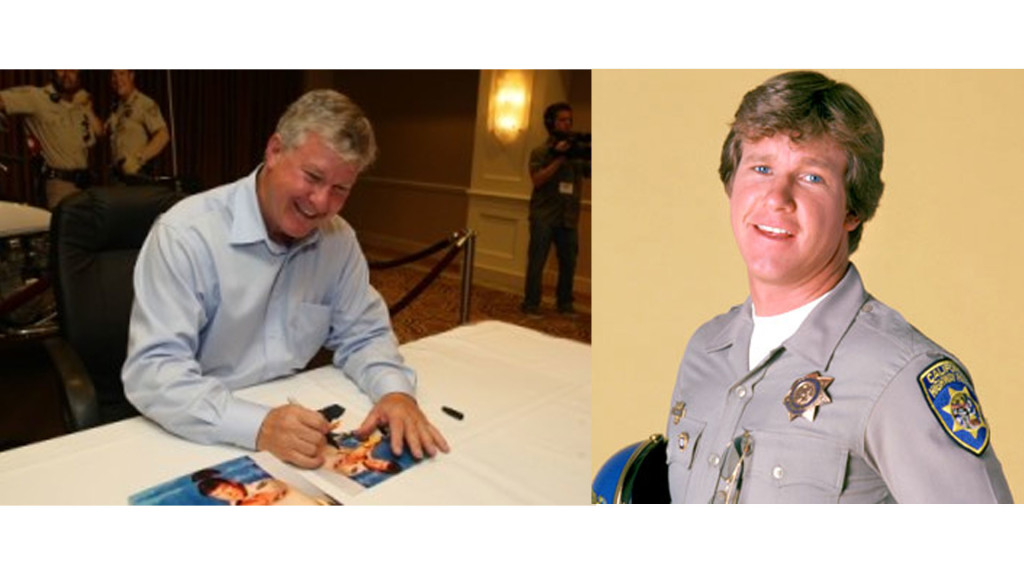 Early life, education and military service[edit] Wilcox was born on 8 August 1947 in San Diego, California, the son of Marion G. and John C. Wilcox.[1] He was one of four children. When he was a baby, his parents divorced. He lived with his grandfather in Rawlins, Wyoming. Then when his father died, his mother worked as a secretary to provide for the family.[2] After he graduated from Rawlins High School, he worked at different jobs including acting and rodeo cowboy.

Wilcox joined the Marines in May 1967 and served 13 months in Vietnam during the Tet Offensive. He was honorably discharged with the rank of Staff Sergeant in 1973.[3]

Wilcox is a graduate of Cal State Northridge.[4]

Career[edit] Early years[edit] Wilcox made a guest appearance in 1971 in Room 222. In 1973, Wilcox appeared in The Streets of San Francisco episode “The Runaways” as older brother George. Also in 1973 he starred in Lassie as Dale, one of the boys who grew up there and was now working as a hired hand. Wilcox appeared in an episode ofCannon “Target In The Mirror” S3/Ep05 1973 in an uncredited role as a witness. He performed in the 1976 film The Last Hard Men, other TV appearances includingThe Partridge Family, Hawaii Five-O, M*A*S*H, and Police Story, as well as commercials. He was the main (and only human for most of it) actor of a two-part show on the Disney anthology show in the mid 70’s playing a lone cowboy on a cattledrive to and their adventures enroute to market.

CHiPs[edit] Wilcox was cast as Jon Baker, one of the lead characters on CHiPs, an action TV series (1977–83) about California Highway Patrol motorcycle officers. Wilcox was not in season six and was cast from (1977-1982) Wilcox performed many of his own stunts on the show. Unlike his co-star Erik Estrada (who played his partner “Ponch”), Wilcox never suffered any major injuries. By the 1979–80 season, he made $25,000 per episode (the same amount as Estrada) and it escalated thereafter. During his time on CHiPs, Wilcox appeared on the cover of TV Guide three times, along with Estrada.[5]

Rumors of friction between the two had occurred late in the 1978–79 season, but it calmed down after Estrada’s injury at the beginning of the 1979–80 season as Wilcox came to his friend’s rescue. Wilcox confirmed that some of the rumors of on-set feuding were true, but minor issues blown out of proportion. He added: “We’re just two totally different people.”[6]

Wilcox is among the cast members who appeared at a reunion in Los Angeles to celebrate the series’ 35th anniversary. Wilcox filmed the event and helped raise money for policemen and for kids at risk. Wilcox stated he called Estrada to invite him, as did Robert Pine, but Estrada did not return calls nor did he show up for the event. Estrada’s manager said he was trying to establish a new and separate identity from CHiPs.[7]

After CHiPs[edit] In 1982, Wilcox left CHiPs and formed his own production company, Wilcox Productions, which produced the award winning TV series for HBO The Ray Bradbury Theater for five years. He developed, optioned and sold to MGM The Yorkshire Ripper and sold to Columbia The Wolfman Jack Story. Later Wilcox optioned Flipper and was the Executive Producer of that movie for Universal Pictures. He also continued acting and directing. Presently Wilcox works with Saratoga Entertainment which is a production and digital distribution company. He also is a consultant to Enabledware which is a rule based digital distribution software in 57 languages with a focus on digital universities and security for sports stadiums.

As stated above, Wilcox was executive producer of the TV movie Death of a Playmate: The Dorothy Stratten Story. The story had a deeper resonance for Wilcox, whose older sister was fatally shot in front of her three children, her mother and 17 witnesses. The accused murderer, her husband, was later acquitted in a celebrated trial in Wyoming and subsequently killed in a barroom brawl, according to Wilcox.[6]

Wilcox appeared in a 1985 made-for-TV movie sequel to The Dirty Dozen, called The Dirty Dozen: The Next Mission. He played a convicted war prisoner Tommy Wells, recruited to help terminate a German general who is plotting to assassinate Hitler.[9]

In 2008, Wilcox had a brief cameo in the music video for Rehab’s song “Bartender Song (Sittin’ at a Bar)”. He played a California Highway Patrol Sergeant, a reference to his role on CHiPs.

He appeared in a cameo as himself dressed as “Officer Jon Baker” on the 2009 Christmas episode of 30 Rock. Wilcox also completed a cameo in the feature filmTwo Sillies.

Barbie & Martina Sing with joy, happiness and love at a Good News Party at the Copacabana. Join the Peace Day Party and celebrate with us in September.
Next Post: An Evening with Burning Man Founder Larry Harvey