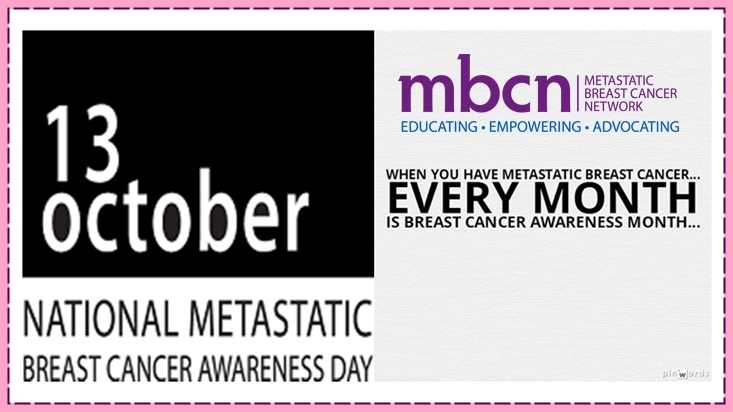 Listen to the interview here: https://www.youtube.com/watch?v=pXeoRkH6-hc&feature=youtu.be

Jean A. Sachs, CEO of Living Beyond Breast Cancer, Talks about a New Social Media Campaign That Raises Awareness of Metastatic Breast Cancer and How You Can Get Involved

An estimated 173,000 women in the US are living with metastatic breast cancer, also known as Stage IV or advanced breast cancer. And although women living with the disease face a unique set of concerns distinct from those diagnosed with early breast cancer, few programs are devoted to their needs.

As part of the campaign, women with metastatic breast cancer share their daily strength with others by uploading photos of themselves on social media with the hashtag #MBCStrength. Select photos posted on Twitter and tagged with the hashtag will appear in a Times Square display in New York City on the fifth annual Metastatic Breast Cancer Awareness Day, October 13, 2014.

Jean will also talk about the unique challenges women with metastatic breast cancer face and the tailored resources that LBBC offers for these women and their loved ones.

•   Where can listeners go for more information?  (http://mymbcstory.com/)

About the Talent:
Jean A. Sachs, MSS, MLSP, Chief Executive Officer
Jean Sachs became Living Beyond Breast Cancer’s first executive director in 1996 and was named chief executive officer in 2008. LBBC now assists more than 330,000 individuals every year with free, nationally recognized programs and services. Under Jean’s leadership, LBBC has become known as an informed and understanding place for women affected by breast cancer, including those who are managing metastatic disease. In addition, Jean helps steer the evolution and development of new and existing programs. In 2009, she was invited to serve on The Wellness Community’s National Advisory Council for the Cancer Survivor Registry’s Breast Cancer M.A.P. (Mind Affects the Physical) Project. In 2007, Jean was appointed to the National Cancer Institute’s Cancer Therapy and Evaluation Program, where she reviewed Phase 3 clinical-trial concepts. From 1993 to 1995, Jean was development director of the National Breast Cancer Coalition. Jean also worked on the campaign of Pennsylvania State Senator (now U.S. Congresswoman) Allyson Y. Schwartz and drafted breast cancer and women’s health legislation as a legislative aide. Jean has a master’s degree in Social Service and in Law and Social Policy from Bryn Mawr College. She attended Hampshire College for undergraduate studies. Born and raised in Bala Cynwyd, a suburb of Philadelphia, Pennsylvania, Jean remains a Philadelphian residing in the Mount Airy neighborhood of the city with her husband John, son Max and German Shepherd, Odin.