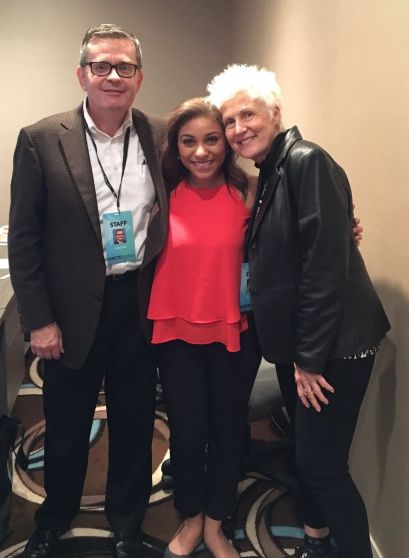 The Educational Foundation was founded in 1978 to promote educational activities on behalf of NATPE. Through seminars, grants, workshops, meetings, instructional video and conferences, the Foundation has reached out to NATPE members, the academic community and students to help prepare them for a future in television.

In 1980, the Foundation began placing BEA faculty members into summer internships at industry organizations. In 1984, the program was expanded to include faculty at all two- and four-year colleges and universities. Over the years, the Faculty Development Grant has placed over 125 instructors at organizations around the country.

As part of the Faculty Development Grant, recipients were also invited to attend the annual Conference and Exhibition free of charge. This program was later expanded to include additional faculty members, and special faculty-only sessions were added to the Conference activities. This evolved into the Faculty Fellowship Program, which has made the NATPE Conference accessible to hundreds of instructors worldwide.

Starting in 1986 at American University, the Foundation began programming educational seminars and workshops for instructors and industry professionals. These sessions have taken different forms over the years. They’ve occurred as live seminars, ‘tele-workshops’ and video workshops in an effort to reach as wide an audience as possible.

In the mid-1980s, the Foundation also began expanding its direct outreach to students – first through an association with the National College Television Society, and later through a video PSA contest that eventually became the Student Video and Film Production Award. To date, over $100,000 has been awarded to student producers and schools creating quality video productions.

By the late 1990s, the Foundation implemented a series of Student Career Workshops aimed at helping students prepare for jobs in the industry. Foundation Career Expos in Sydney, Australia, in 1998 and 1999, and a similar session at the Sorbonne in Paris in 2000, were the prototypes for the Student Career Workshops which have taken place across the U.S. since 2001. Workshops for 100-200 students have been held in New York, Miami, Los Angeles, New Orleans, San Francisco, South Carolina, and Washington, D.C.