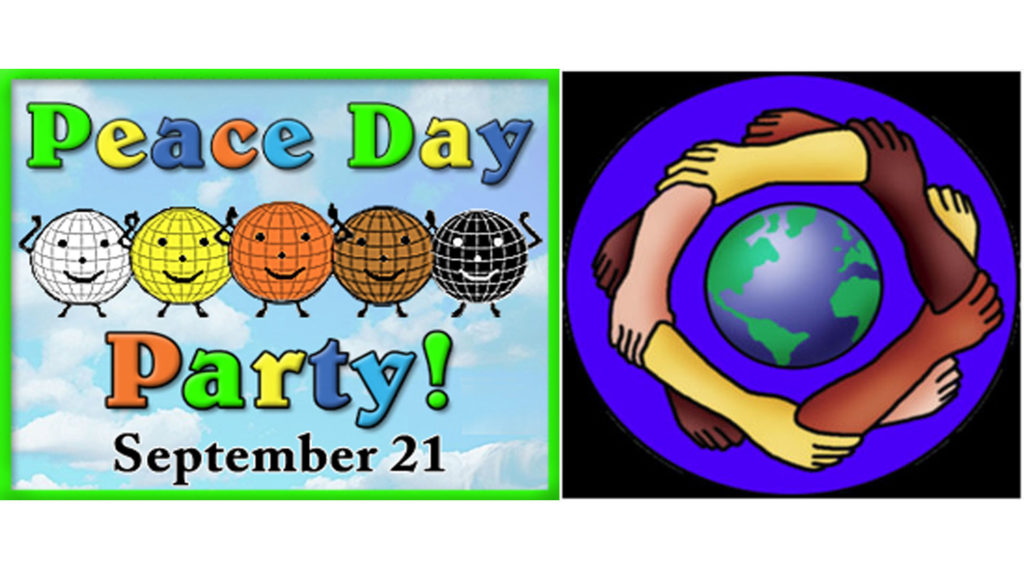 DIPLOMATS AND DJ’S, ENVOYS AND ENTERTAINERS JOIN IN ROUND-THE-CLOCK CELEBRATION ON PEACECHANNEL.COM

The 2016 Peace Day Global Broadcast will stream live from the UN’s #PeaceDay resource page, from September 20th to the 21st. The broadcast will stream on numerous websites and Facebook pages. Viewers will enjoy peace messages from citizens around the world, including such notables as Jane Goodall, Michael Douglas, Paul McCartney, Tavis Smiley, Marianne Williamson, Dolores Huerta and others

“We invite organizations, socially responsible businesses, educational institutions and individuals throughout the world to join us as peace broadcasters,” says Bill McCarthy, founder of Unity Foundation and one of the broadcast’s executive producers. “We make it possible for everybody to embed our broadcast on their own websites. We hope to see the broadcast in thousands more places in 2016.” Here is the embed code for the Peace Day Global Broadcast:

You can also find the embed code by visiting PeaceChannel.com and scrolling down until you see the blue “embed” button.

Unity Foundation produces the Peace Day Global Broadcasts in association with PeaceChannel. Unity Foundation is an organization with a 40 year history of promoting peace, cooperation and unity throughout the world www.unityfoundation.org PeaceChannel encourages peace and hope around the planet by streaming the best of humanity, 24/7, 365 days a year. peacechannel.com;

The Peace Day Global Broadcast is also sponsored by PeaceDay 365, founded to support the International Day of Peace on September 21, and the United Nations Sustainable Development Goal #16, Peace Justice and Strong Institutions. PeaceDay365 serves as a bridge between civil society, private sector, NGOs and the UN to help leverage and create greater awareness and impact of the SDGs, peace education and global citizenship. Please visit PeaceDay 365’s International Day of Peace Facebook page https://www.facebook.com/peaceday/?pnref=lhc and Twitter page. Join with 162,131 peace activists by liking the Facebook page and tweet your peace messages and views on peace at #PeaceDay

Unity Foundation, an organization with a 40-year history of promoting peace, cooperation and unity throughout the world, produces the Peace Day Global Broadcast. “Most days, the news broadcasts all the problems of the world – war, violence, disease, hunger, corruption – but it seldom offers solutions,” McCarthy says. The Peace Day Global Broadcast is different. It looks squarely at problems and spotlights practical solutions developed by ordinary people throughout the world. A teenage girl promotes education and wins the fight against child marriage in her refugee camp. A farmer in Peru devises planting methods to preserve the Rainforest. A farmer in Burkina Faso holds back the desert. Neighbors in Bangladesh raise small fish to fight malnutrition. Young mothers in South Sudan clear land mines from village farms. A teenage boy deploys his own low-cost technology to filter tons of plastic garbage from the Pacific Ocean. These stories and many others are featured in the Peace Day Global Broadcast.

“We spotlight the vital work of the United Nations, its humanitarian agencies, and organizations throughout the world working for peace, the environment, human rights, and social and economic justice,” McCarthy adds. “The broadcast focuses on The Global Goals — the 17 Sustainable Development Goals accepted by all the member countries of the United Nations. We’ll see creative efforts of celebrated entertainers and artists around the world to spread the news about The Global Goals. We also look at stories of how these goals touch individuals in many troubled parts of the globe.”

“This year’s broadcast will also feature a special documentary on the United Nations entitled The UN at 70 and Beyond.” McCarthy continues. There is also a photo exhibit on the Founding of the United Nations in 1945 on the Museum of the City of San Francisco’s on-line museum at www.SFMUSEUM.org On the homepage click on index and then on UN-United Nations.

Peace Day’s theme for 2016 is The Sustainable Development Goals: Building Blocks for Peace. “The 17 Sustainable Development Goals are our shared vision of humanity and a social contract between the world’s leaders and the people,” says UN Secretary-General Ban Ki-moon. “They are a to-do list for the people and our planet, and a blueprint for success.”

David Weinberg and Darlene Shelton of Peace Channel, Inc. and Bill McCarthy are the producers of the 2016 Peace Day Global Broadcast. Darlene Shelton is the program designer.