Presented by the Montauk Music Festival & Sponsored By The Montauk Sun

You are here: Home / Good News To Go / Presented by the Montauk Music Festival & Sponsored By The Montauk Sun 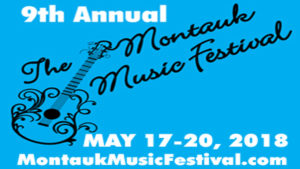 ASK THE EXPERTS!! http://www.montaukmusicfestival.com
On the Green – Friday, May 18th, 12pm-5pm.
12:00- 1:15pm -YOGA on the Green [presented by Yoga Lila w/ Dominique
Garstin and music by Dalton -Free for musician, all others By Donation to
the East End Foundation
12-1:00 pm – 15 min Mentoring Sessions -sign up for a private meeting with
the panelists for one on one time with industry professionals.
[To sign up e-mail Montuakmusicfestival@gmail.com ATT-Workshop] 1:15- 2:00pm Lunch for musicians- Sponsored and Catered by Shagwong Bar and
Restaurant
2:00-3:00pm Industry Panel-Beyond the Break: Paddling Out and Catching Your
Musical Wave – An Insider’s Perspective on the Progression from New Artist
to Hit Maker.
3:00-4:00pm Group Listening Session – a unique opportunity for festival
artists to get direct feedback from seasoned music professionals who listen
to demos as part of their job. [Please have your tracks on a device ready to
plug into the sound system.] 4pm- Wellness workshop -with Suzanne Paulinski and Corina

Additionally, Amaechi part of the management team at Monotone Inc, home to
Jack White, LCD Soundsystem, Vampire Weekend, Danger Mouse & more, and a
partner in award-winning LA-based film production company, GRAiNEY Pictures,
where he has led the branded content division to accolades including
nominations for Cannes Lions and Webby Awards.

Mr. Resnik practices entertainment law at the esteemed firm Shukat Arrow
Hafer Weber & Herbsman LLP, and focuses on transactions including but not
limited to artist, writer and producer representation for recording and
publishing agreements, licensing, joint ventures, intellectual property
asset sales, live entertainment and venue representation, digital
distribution and content, record label and publishing business affairs. Mr.
Resnik’s clients include Grammy winning and platinum selling artists,
producers, record labels and publishers in a diversity of musical genres,
festival and concert promoters as well as representation for agencies,
international brands and other entertainment related companies. He
graduated from McGill University in 1997 with a Bachelor of Arts in
Philosophy and obtained his Juris Doctorate from The New York Law School in
2000.

Music industry veteran Lou Plaia co-founded ReverbNation in 2006. Since that
time, ReverbNation has helped millions of emerging artists build their
careers with its powerful career management and online marketing tools.
These tools, combined with its A&R and Artist Development capabilities and
broad industry relationships offer emerging Artists from around the world
access to the global music industry. The company operates worldwide with
customers on every continent and more than 10 million unique visitors come
to ReverbNation.com every month.

Prior to ReverbNation, Plaia worked twelve years at Atlantic Records where
he was VP of Strategic Marketing and worked with Jewel, Hootie & the
Blowfish, Collective Soul, George Carlin, Mike Stern and hundreds of other
artists and bands. Plaia then became the Head of Marketing and Artist
Development for Atlantic imprint, Lava Records, where he worked for four
years with artists such as Kid Rock, O.A.R., Simple Plan, Trans-Siberian
Orchestra, Matchbox 20 and many others. He was also responsible for
negotiating strategic partnerships such as Nascar’s Chevy Rock n Roll 400,
Schick’s Intuition Tour, Disney’s Grad Night and many other sponsorship
deals.

Ian is EVP and Senior Talent Buyer at Communion Presents, an international
artist development company and concert promoter. Communion has been
instrumental in the building the careers arists including Ben Howard,
Catfish and the Bottlemen, Highly Suspect, Marian Hill and many more. Ian
books and runs one of the longest running new music showcases in the US and
has built music programs for brands such as Skullcandy, British Airways,
Bose and Google Play. At Present Communion actively booking shows and in 14
different markets across the US.

Suzanne Paulinski
After graduating with a B.S. in Music Industry from Drexel University, and
helping found MADDragon Records, Suzanne was the Midwest Sales Coordinator
for Astralwerks (EMI), before completing her Masters in Psychology at Queens
College (CUNY). She is now a mindset coach for music-preneurs, helping them
reach their goals with custom time management solutions that enable them to
gain clarity on their next steps while maintaining a healthy work/life
balance. Suzanne published The Rock/Star Life Planner as a tool for
creatives to find focus in their daily lives, and her teachings can be found
in her guest posts for Sonicbids, ReverbNation, CD Baby, Tunecore, and
Soundfly. For further information on Suzanne and her company, please visit
therockstaradvocate.com

Vocalist Corina Corina was born in Oakland, CA, & has made her career in
NYC. This gifted songwriter brings a fresh vocal hybrid to modern R&B with
strong blues & hip hop influences. Her lyrically-driven content touches on
everything from gender inequality to self-love & resisting social norms.
Aside from music, she has made a name for herself as a blog writer and
activist for eating disorder recovery, feminism and mental health and
wellness. She has independently released two full-length albums and two EPs
and is gearing up to release her third LP, “Hangover Music” in summer 2018.

Timothy Pattison is Director of Creative at Broadcast Music, Inc. (BMI). In
this role, he is responsible for scouting and signing new songwriters and
publishers, maintaining relationships with existing BMI affiliates
worldwide, as well as coordinating various songwriter-focused showcases,
seminars and festivals.

Prior to BMI, Pattison worked at Fat Possum Records, where he focused on
sync licensing. His previous post was at Spirit Music Group, where he spent
eight years, holding several positions including creative director. While at
Spirit, Pattison helped develop the company’s roster of songwriters,
expanded its network within the entertainment industry, spearheaded
co-writing opportunities and developed licensing strategies.

Pattison holds a Bachelor of Science in Communication from Ohio University
and a Master for Music from New York University.

Danielle Middleton got her start in music at an early age singing in the
children’s choir at the Metropolitan Opera. When she was nine, she was
invited to sing “You Are Not Alone” on stage at at the VMAs with Michael
Jackson, igniting her life long obsession with pop music. Danielle dove into
the music industry straight out of college working for companies like BMI
and Redlight Management and booking live shows around Brooklyn. She
eventually landed at Sony ATV, where she started as a receptionist and went
on to spearheaded the social media initiatives for the entire company. She
currently works as an A&R Senior Coordinator, building her own roster of
songwriters and producers. Sony ATV is the number one publishing company
globally and recently won “Publisher of the Year” at the BMI Pop awards. The
company is known for representing massive artists such as Taylor Swift, Lady
Gaga, Ed Sheeran, Arcade Fire, Cardi B, etc, as well as administering the
catalogues of heritage artists such as Bob Dylan, Amy Winehouse, The
Beatles, Elvis Presley, James Taylor, Hank Williams and so on.