You are here: Home / All We Need Is Love / Children and Parents / STICK DOG DREAMS OF ICE CREAM ~ Tom Watson 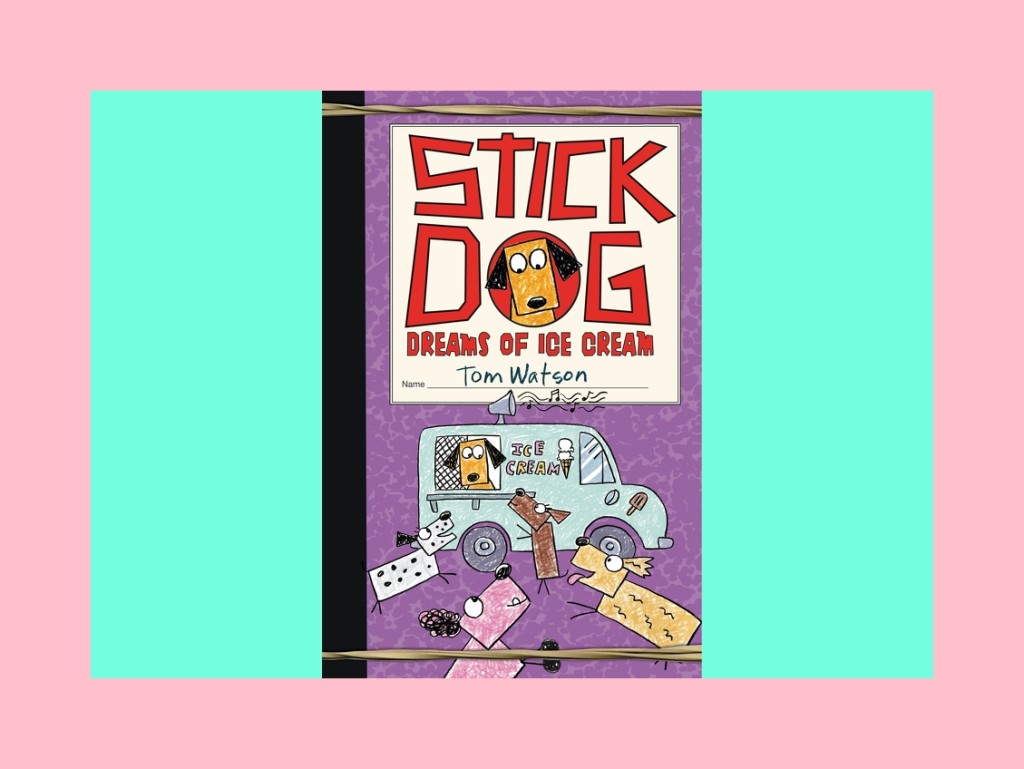 The Stick Dog series continues in author-illustrator Tom Watson’s hilarious Stick Dog Dreams of Ice Cream. In the follow-up to Stick Dog, Stick Dog Wants a Hot Dog, and Stick Dog Chases a Pizza, Stick Dog and his pals are back, but this time the temperature is rising and they’re all feeling the heat. They need cold, cold ice cream on this hot, hot day. It will take all of Stick Dog’s smarts to guide his friends to a scrumptious ice cream feast. They’ll battle a water-attacking machine, discover rainbow puddles, and chase the strangest, loudest truck they’ve ever seen. But there’s a looming threat to their mission—Stick Dog gets spotted by a human. And the police are on his tail. If he’s captured, Stick Dog may never see his friends again. If he escapes, it’s ice cream for everyone. Perfect for fans of Big Nate, Diary of a Wimpy Kid, and the previous Stick Dog books.
STICK DOG DREAMS OF ICE CREAM, the latest in this appetizing middle grade series! He’ll make you laugh . . . he’ll make you cry . . . but above all, he’ll make you hungry. With hilarious stick-figure drawings, this book has a unique perspective, as the author speaks directly to the reader throughout the story in an engaging and lively way.
Join Tom Watson on Monday, May 18th and enter into the hilarious world of Stick Dog. Learn how these delightful children’s stories come about as Tom discusses:
•    Why writing for middle graders is so appealing
•    How he has learned to convey both humor and emotion through stick figures
•    How illustrations help to tell the story
•    Why he thinks kids are way smarter than adults

ABOUT THE AUTHOR: Tom Watson lives in Chicago with his wife, daughter and son. He also has a dog, a Labrador-Newfoundland mix, name Shadow. Early in hiscareer Tom worked in politics, including a stint as the Chief Speechwriter for the Governor of Ohio. This experience helped him develop the unique, story-telling narrative style of the Stick Dog books. More important, Tom’s time in politics made him realize a very important thing: Kids are way smarter than adults. And it’s a lot more fun and rewarding to write stories for them than to write speeches for grown-ups.