You are here: Home / Archives for aretha 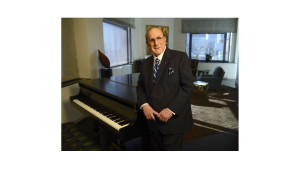 music’s living legend share his Good News at Beverly Johnson’s Book Event. Clive Jay Davis (born April 4, 1932) is an American record producer, A&R executive and music industry executive. He has won five Grammy Awards and is a member of the Rock and Roll Hall of Fame as a non-performer.[2] From 1967 to 1973, Davis was the president of Columbia Records. He was the founder and president of Arista Records from 1975 through 2000 until founding J Records. From 2002 until April 2008, Davis was the chairman and CEO of the RCA Music Group (which included RCA Records, J Records and Arista Records), chairman and CEO of J Records, and chairman and CEO of BMG North America. Currently Davis is the chief creative officer of Sony Music Entertainment.[3] He currently plays a part in the careers of … END_OF_DOCUMENT_TOKEN_TO_BE_REPLACED

In 2020 we will take our event to 193 countries and other locations to create the largest world gathering & broadcast to share Peace, … END_OF_DOCUMENT_TOKEN_TO_BE_REPLACED